The Local Records Office is keeping posted on the associated press –which had written that Mayors across Illinois were starting to join forces and urge lawmakers to not cut local funding in order to balance the next state budget. The state of Illinois is suffering from deceit and corruption with their political parties spending lavishly on campaigns, with Pekin, Illinois’ high-income earning residents are looking into relocating to other states that could ultimately sink Illinois funds into even more debt than it already is faced with.

The coalition of mayors and municipal groups had also launched a site and a social media platform called ProtectMyTown. They are urging Pekin, Illinois’ residents to visit the site and to send a message to the legislators and the governor to share this site through Facebook and Twitter. 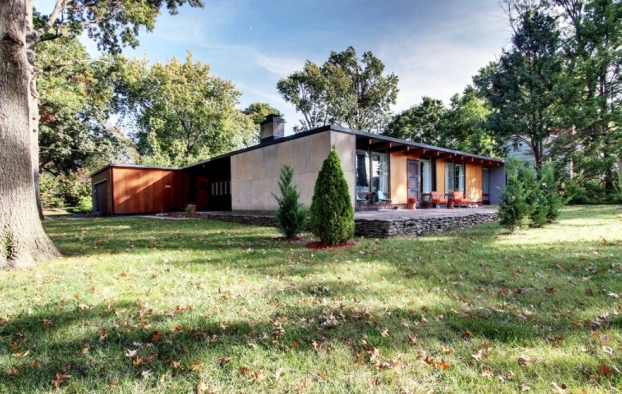 The state collects close to $1.2 billion in local revenue annually. And this money is supposed to be returned to local governments to help cover costs such as police departments and garbage collection.

In more recent years, the state held hundreds of millions of dollars to close a budget gap.

Mendoza, a Democrat in charge of paying the state’s bills, has outlined the deficit:

$1.7 billion general fund deficit, according to the governor’s office of management and budget

Illinois is struggling in $129 billion of unfunded pension liabilities across the state’s five retirement systems, according to the Commission on Government Forecasting and Accountability.

Illinois’ government is going to keep wasting money while the state shells out for high-interest rates on the overdue bill. Illinois pays 12 percent on overdue bills. The state started falling farther behind on its bills in 2014 and costs of late payments skyrocketed. Last year, the pile of unpaid bills has reached $17 billion, although a $6.5 billion bond issue trimmed the backlog in half and now stands at $7.4 billion.

Since July of 2015, the interest on the overdue bill totaled at $1.14 billion. Last year the state paid $143 million in late-fee payments and has paid $86.5 million this year. That is money that could have been spent towards schools, transportation, paying down the pension debt and other important state needs.

Algonquin Township officials traveled to Springfield to lobby against the bill that could make the path to township consolidation easier.

As some township trustees have said it is a great use of taxpayers’ dollars, the state representative behind the bill said the use of tax money to lobby for any cause shows there is a problem with township government.

And the legislation at the center of this movement for Township Officials of Illinois’ 37th annual Township Topics Day to House Bill 4637 – a proposed statute from state Rep. David McSweeney, R-Barrington Hills, could also give the township trustees in McHenry County the power to put a consolidation referendum to voters with a majority vote.

“We’re here to lobby the remaining senators to vote against that and give us a chance and disregard [McSweeney’s] opinions of what he knows nothing about,” Trustee Dave Chapman said.

He attended the event with Trustees Melissa Victor and Rachael Lawrence on the trip Algonquin Township funded.

And while a ticket to the Springfield event cost $75, the hotel stay was about $70, Chapman said.

Chapman had said the very point of the annual event was to lobby for the Township Officials of Illinois – an advocacy and educational organization that represents nearly all of the state’s 1,431 townships.

“This is absolutely a necessary effort. It’s a wonderful, organized trip to convey our feelings about initiatives that are important to the state of Illinois and our township.” Chapman explained.

McSweeney characterized the proponents of the township government as “taxeaters.”

“How disgraceful it is that people are using taxpayer money to travel to Springfield to lobby against taxpayer relief,” he urged.

Brady also worries that the state’s personal income tax rate will climb for his household while Democratic gubernatorial nominee J.B. Pritzker is campaigning on instituting a graduate state income tax. This would punish the many Illinoisans already enduring a 32 percent hike, (the income tax rate that was approved by lawmakers in July).

“I don’t mind paying my fair share if these knuckleheads knew how to properly spend the money,” Brady justifies. “We knew our pension plan was insane 20 years ago. Why haven’t we changed it? I’ll pay my taxes, but I don’t have to support stupid policy.”

The state, Brady says, should have implemented the 401(k)-style plan for new workers years ago. “At what point do citizens say enough is enough? I feel like we’re going to be Detroit. So we’re gone. I’m done with the corruption,” Brady explains. Brady and his wife had bought a property in Florida and will likely move there.

Illinois is one out of eight states with a flat income tax rate. Although Pritzker has not disclosed his proposed income tax brackets, the conversation has some Illinoisans looking into real estate elsewhere.

While these people are paying a lot in Illinois taxes, the rank-and-file taxpayers should be trying to keep them here rather than sending them away to Texas, Nevada, Florida and other states that do not tax income.

And these high-income earners are paying for the state services that the General Assembly loves to approve but cannot fund.

Brady declares he does not want his family strapped down with Illinois debt. “I don’t know if you can change it,” he pronounces. “I’m frustrated. I grew up in Midlothian and you could always see the city skyline. It means a lot to me. It means home.”

State Rep. David McSweeney, R-Barrington Hills, had said paying 12% interest on overdue bills is “like burning money in a garbage can.” And until now, governors of both parties have disregarded that cost as they presented their annual budgets.

McSweeney, Controller Susana Mendoza, and his bipartisan cosponsors partnered up to make governors pay attention. Their proposed bill requires the Office of Management and Budget to estimate their late-payment interest costs and when it issues its annual Economic and Fiscal Policy Report.

Mendoza explains to bond holders debt service remains a top priority and unlike previous years, the new debts transparency act will force the states’ agencies to report unpaid bills on a monthly basis. Previously, agencies only had to report once a year, creating an unclear picture of how backed up the bill backlog was.

As the words of tax increase caused the government to shutdown in 2017, the public began to learn not only was there a tax increase, that was passed with a significant number of Republicans who crossed over the vote with the Democratic majority, but there were even threats of showing bipartisanship in their votes. Lawmakers like state Rep. C.D. Davidsmeyer, one of the Republicans who crossed over to vote with the Democratic majority reported receiving “threats of hanging from a tree and things like that,” after his vote.

And with the political parties spending countless dollars on their campaigns, it is hard for people to understand when they were in a budget crisis.

There is a new platform in Illinois with a mission to launch Monday is going to battle all forms of “fake news” and is designed to strengthen the angry American political divide called One Illinois. This site distributes a response to the Breitbart News and libertarian-oriented Illinois Policy Institute said Chicago Alderman Ameya Pawar is a onetime progressive Illinois gubernatorial candidate serving as president and executive director.  With One Illinois’ mission to dive into the theme and to tell stories that bring people together through long-form journalism, videos, and one-on-one interviews, it has intentions to drive debate and influence action in the Illinois Legislature.