February was certainly an interesting for the videogame world, to say the least: titles like Crysis 3 and the more cerebral Ni No Kuni: Wrath of the White Witch were among the higher-profile releases of the month, and the release of Aliens: Colonial Marines disappointed many fans of the franchise, who thought they were finally getting the Aliens game they had always wanted. It was a month of ups and downs, to be sure, and March only had more in store. 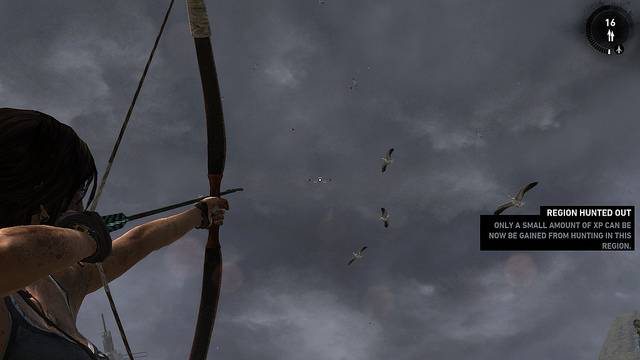 The first big name in the hat was the much-anticipated reboot of Tomb Raider, brought to us by Crystal Dynamics (who have now been the guardians of the TR name for longer than Core, the original creators of the series). Lara Croft has certainly changed for this latest instalment; in the game the player experiences her origin story, and watches her develop from a scared young girl into a resourceful, dynamic survivor. The classic ‘shipwreck’ story trope looks to be used to great effect, and it’s up to the player to guide her through the adventure. The graphics look very nice, and it’s certainly a fresh take on the series since the more conservative games in the series like Legend and Underworld.

The two big ‘- of War’ franchises made their presence felt last month, appealing to gamers with a penchant for ultraviolence. God of War: Ascension has been making a stir, with demos showing off this latest instalment’s amazing graphics, as well as the promise of multiplayer. The developers, SCE Santa Monica, say they have tweaked the multiplayer part of the game to encourage players to choose a variety of different characters (as opposed to everyone just choosing Kratos). Co-operative play looks to be a major part of the experience, with joint attacks playing an important role in the team’s success. The developers have also promised a single player campaign, staying true to the appeal of the original titles.

Gears of War returned last month, too, with a new developer on board: People Can Fly (who you might remember from their acclaimed debut title, Painkiller, and the later Bulletstorm). Fans of Marcus Fenix and Co. will enjoy the newest release, subtitled Judgment, which boasts new weapons and multiplayer game modes like OverRun and Free-for-All to keep things fresh. Expect this one to be brooding and hectic in equal measure.

The most anticipated console release last month, though, must have been Bioshock: Infinite. It’s been six years since the critically-acclaimed first game, and fans have had only one (slightly disappointing) sequel to tide them over. But whereas Bioshock 2 returned to the underwater ruins of Rapture, Infinite takes place in a dazzling new setting; this time in the sky city of Columbia. The environments and characters all look stunning, and given the record of Ken Levine and Co. of incorporating deep philosophical themes into their games, expect there to be a lot of soul searching and questioning of moral principles in between bouts of shooting lightning from your hands.

If you’re the kind of person who eschews consoles and gets their gaming fix with the best desktop computer (by a trusted manufacturer like Lenovo or Dell) and full mouse/keyboard controls, don’t despair, because March had a very special treat for you. This came in the form of Starcraft II: Heart of the Swarm, the next episode in Blizzard’s (so far) excellent Starcraft II trilogy. With seven new multiplayer units, as well as various other tweaks like changes to the abilities of certain units and buildings, Blizzard have been working hard to ensure that Starcraft‘s famously balanced gameplay has been maintained for the latest entry. And with 20 missions added for the single player campaign, which follows on from Wings of Liberty, HOTS is looking to be more than a simple expansion pack.

Honourable mentions go to some of the less high-profile releases of the month, such as the new Castlevania game on 3DS, Lords of Shadow: Mirror of Fate, which should please handheld gamers, and the new Sly Cooper on PS3 for younger gamers.