There are many tourists who are eager to make a trip to Delhi to find out about its glorious past and rich history and visit the different monuments located here.

This city is presently the capital of the country and has been this way, for centuries, under the Rajputs, Mughals and the British. Located in the heart of the country, this city has always been on the must visit list of foreigners since ancient times. It rather earns the distinction of being among the world’s important and oldest cities. Being established around 5,000 years ago, this city has witnessed some of the darkest past of getting conquered by neighbours and foreign rulers as well as a rich, glorious history. As a matter of fact, this city has been destroyed & rebuilt numerous times in history. 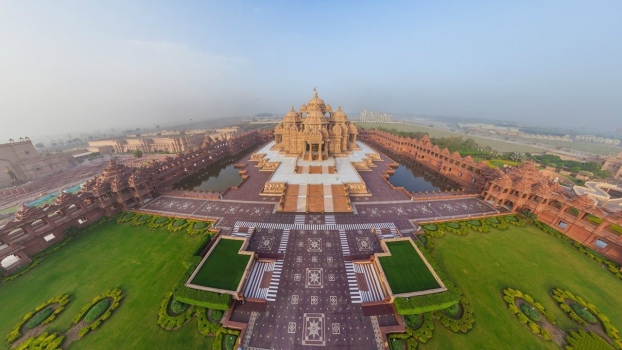 Primarily, this city experiences sub-tropical climate. The temperatures here are extreme during peak summer season, while winters are freezing cold. Also, the city enjoys monsoon showers during the month of June, continuing until September.

Those who can afford can take a flight and land at the Indira Gandhi International Airport. Recent expansion of the airport and its terminals has made it of world standard. There is also an extensive rail network that connects this city to all parts of the country. Being the capital of the country, this city does witness inflow of travelers of all types and for all purposes in thousand every day. There are Duranto and Rajdhani trains that connect this city with the other major cities of the country. One can enjoy ordering food for train journey from one of the reputed travel portals.

Tourists can get different types of transport medium to reach the various parts of the city, like autos, buses, taxis and metro. They can even travel by foot to check out the malls and shops that are in huge numbers all over the city. It is a real shopper’s paradise. Some of the country’s leading malls are located here.

It is without doubt that Delhi occupies the top slot among the must visit cities in the world. This is because of its historic importance and the presence of its ancient ruins and glorious history. Some of the popular tourist attractions of the city are the Red Fort, constructed by Shah Jahan, the Mughal Emperor, Humayun’s Tomb, Quwwat-Ul-Islam Mosque, Qutub Minar, India Gate, etc. There are also museums, parks and other places of interest to visit here.

Being a cosmopolitan town, this city does offer varieties of food, both veg and non-veg, to suit all moods, tastes, preferences and budget. Tadka, Andhra Pradesh Bhawan Canteen, Bitto Tikki Wala, Amritsari Kulcha Wala, Haldiram’s are few of the popular culinary names here among the many eat outs.