With the recent introduction of Apple’s new iOS 7 operating system, it seems as though the juggernaut computer company has set its sights on turning your car into the next smart mobile platform. iOS 7 is optimized to be able to function in tandem with a properly compatible automobile. What does that mean? Well, it means that if you have an iPhone and a new 2014 Acura, BMW, Ferrari, GM, Honda, Jaguar, Kia, Mercedes-Benz, Nissan, opel, Volvo, or any one of the other compatible models, you can actually plug your phone into the car and turn your vehicle into an extension of your smart mobile device. Its dashboard will function as an external monitor, its speakers will be able to play music from the device, and perhaps most interesting of all, it will allow you to access Siri without ever having to push a single button. This means that you’ll be able to send and receive texts, as well as perform other iPhone maneuvers without ever having to take your eyes off of the road. This new feature could easily lead to a world in which our cars function as large mobile smart devices, and if that happens, then what we’re able to accomplish while on the road could be limited only by our imaginations.

Take new home automations, for example. Modern home automation allows users to control and monitor their property from anywhere in the world, thanks to the constant connectivity of smart devices, and there’s no reason to believe that any of this will change with the introduction of smart-enhanced vehicles.

Say for a minute that you’re in a big hurry to get out of the door in the morning. You wake up, fall out of bed, and run a comb across your head. You grab a mug of coffee as you blast through the kitchen, and put on your shoes mid stride as you jump into your car. Once you’re on the road, you breath a sigh of relief; it looks like you won’t be late for work after all. But wait? When you were running full speed to make up for lost time, did you remember to lock the front door?

Those without automated homes would have to make a U-turn and lose precious minutes going back to check, and those with automated homes actually wouldn’t fare too much better–they’d have to fumble around with their phones, doing their best to keep one eye on the road and the other on the screen in order to bring up the correct application for engaging the automated door-locks. 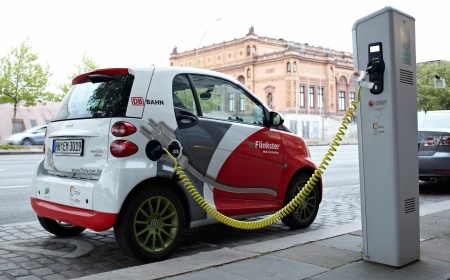 However, those who have automated homes and fully integrated smartphone-enhanced automobiles would simply be able to speak their wish, and the car itself would access the internet, connect to the home, and carry out any specific order, all with as little effort on the part of the driver as it takes to have a conversation. And not only would it be able to lock the door for them, but it could also change the temperature at home, turn on or off lights, begin meal preparation, record favorite television shows, and even monitor security cameras (so that the driver can know that everything is safe and sound before he or she heads inside).

Now, it may take a little while before some of these possibilities become a reality, but it shouldn’t take too long. After all, once you’ve turned your car into a smart device, it should be able to do everything that your smartphone can currently accomplish, including control an automated home.

About Author: Lindsey Patterson, a freelance writer who specializes in technology and the latest social trends, specifically involving social media.