As a global icon of business, money, success, and fulfilling one’s dreams, New York City has been the subject or setting of many films in the past. The wide variety of genres shows every corner and facet of the city and city life. Following is a list of the five greatest films set in New York City. 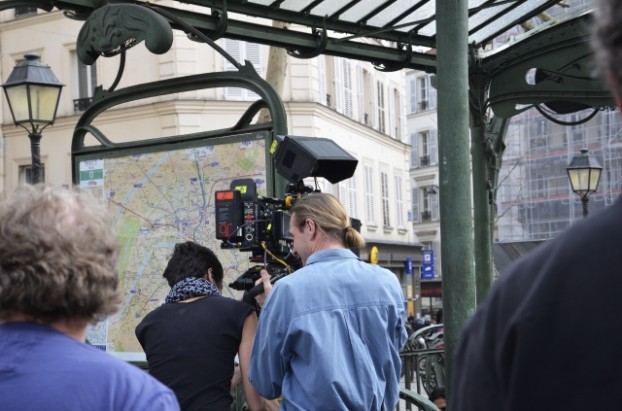 5: Something Strange in the Neighborhood…

Ivan Reitman’s Ghost Busters is a legendary comedy set primarily in the vicinity of Central Square. With an iconic performance by Bill Murray, this is a movie that will stand out in the minds of anyone old enough to remember its inception in 1984. The plot revolves around a fictitious company that offers a unique service – ghost removal. Murray and his team attempt to learn more about each apparition in the effort to remove it and prevent the city’s terrorization.

Perhaps one of the most historic movies in this setting, the original King Kong has become a standard theme in pop culture. It was produced in 1933 by Robert Armstrong and still stands today as a symbol of New York City, particularly the famous ending shot of King Kong atop the Empire State Building.

The third most notable movie in NYC is potentially better known by the quote, “are you talking to me?” delivered by Robert De Niro, than the name itself. The title of this movie is Taxi Driver, and it hit theaters in 1976. Director Martin Scorsese tells the tale of a city cabbie who has an unusually heightened sense of justice and spends his days saving the innocent while railing against that which is perhaps most unjust – the political system.

In the year 1989, a time when New York City’s racial tensions were brimming uncontrollably, director Spike Lee delivered to the world Do the Right Thing. This film came as a result of Lee’s reaction to the Howard Beach Incident of 1986 – an event which resulted in one death and one injury due to an altercation between Caucasian and African American citizens of the city. Neither side was wholly responsible for the resulting violence. This film reflects the idea that there is ultimately no “right” side to be on in the racial conflict, as sometimes the victims turn out to share the same capacity for hate crime.

1: A Commentary on Social Behavior

And finally, the movie that has inspired a great many successors in its genre, Mary Haron’s American Psycho. This is also the most recent movie on the list, filmed in the year 2000. Christian Bale plays the role of an obsessive sociopathic murderer who lives as a normal office worker by day. He occupies an incredibly accurate 1980’s vision of Manhattan and commits increasingly more violent and obvious crimes, urged by some external locus of justice in hopes that his wrongs will be righted and society will be proven to have its merits.

These five films have made huge impacts on society. With unparalleled social, racial, and cultural significance, they tell the tale of all corners of the city that never sleeps. Readers can learn more about the cast, director, plot, and more by looking up sites on the internet.

Amy Wagner is a successful entertainment blogger in New York City. She occasionally uses her contacts in the limousine industry to help her gain access to Broadway’s hottest raising stars for interviews and for car service to and from social events to promote her business.