San Diego Comic Con is one of the biggest conventions supporting geekdoms from around the world. It’s an international convention that strives to provide a safe, entertaining and friendly environment for families. Each year there are dozens of exclusives, sellers, events, special guests, unbelievable costumes and things to try out. The hype is huge, and nearly everyone wants to attend.

This convention takes place in July, often in the middle of the month. Tickets sell out quickly, so it can be difficult to get a ticket in time if you aren’t prepared. This is part of the appeal and craziness that takes place at Comic Con. Ticket sales are a major reason why it is so hyped up. 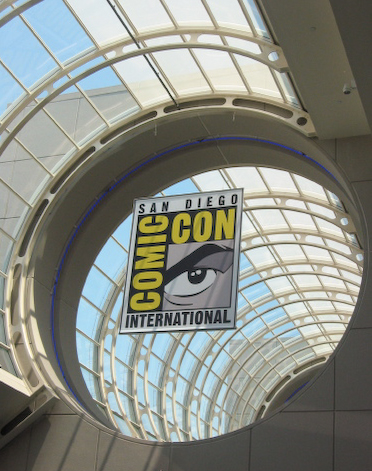 What Makes San Diego Comic Con Different From Others?

There is also New York City Comic Con, but it’s a completely different breed of convention. It takes place in NYC in October. San Diego’s convention is in the summer, during summer convention season. Each convention that the San Diego center hosts brings in hundreds of thousands of visitors.

Comic Con in San Diego features a number of awards each year that can’t be seen anywhere else. There are the Eisner awards, Icon awards, Inkpot and other awards presented at every convention. This year alone, 24 recipients received the Inkpot award. These awards are prestigious and given to the best artists and animators in the world.

San Diego Has the Best Sponsors

Sponsors of the San Diego Comic Con are among the best out there. AMC is a famous sponsor; their The Walking Dead is a major contributor to the fandom and geekdom of the event. Baby Tattoo, DC Comics, DeviantART, Marvel, HBO, MTV, Sony and XBOX were all sponsors for the 2013 event. These big-name sponsors help make the event a success and an enjoyable venture for everyone who participates in the booths and special events.

Vendor booths offer exclusive toys and apparel that cannot be purchased anywhere else. Exclusives for 2013 included the limited-edition DJ Pon My Little Pony figurine. Other exclusives include posters, apparel, toys, music and DVDs.

There are also art vendors who sell their art at booths. You can get exclusive pieces and signed art from these vendors in the art-dealer rooms. San Diego Comic Con hosts one of the largest artist alleys at any convention in the country.

There is a lot of hype that surrounds the convention, but it’s for a reason. The location, the guests, the awards and vendors all create an atmosphere that allows people to express their fandom and show their support of the arts and their geekdom.

If you want to know if it is worth the hype, you have to experience it firsthand. NYC Comic Con is very similar, but it is for the east coast and simply is not quite as exciting as San Diego’s legendary convention. San Diego’s is the event that draws in the most fans, and it is different every single year. It really cannot be missed if you are a fan of comics and/or nerdy media!

Vince Nickerson is a freelance blogger and writer who traditionally concentrates on nerdy topics such as Star Trek conventions, Star Wars trivia, board games, video games, magic the gathering cards and others as well.