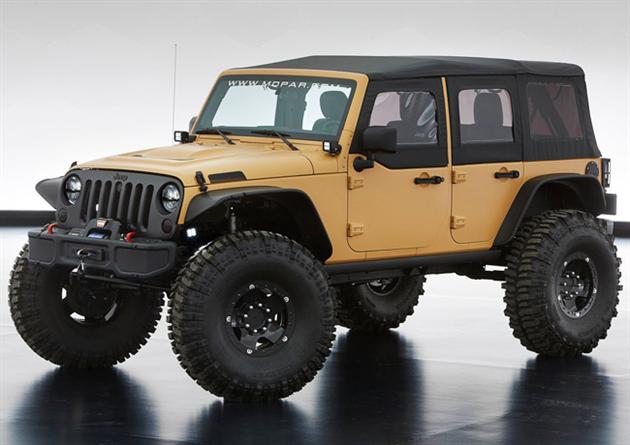 Usually jeep enters the fray every year along with their engineers, PR and their designers, few journalists also accompany them. Some of the concepts and prototypes that are released by Jeep every year are very much different from the usual types. Speaking on a true scale, it seems that these types of prototypes and concepts can never be produced in the future. Some of the good examples of these exceptional concepts are the Mighty Jeep FC Concept from the last years Easter Jeep Safari and the most favorite of most of the people, the Jeep J-12 Concept. It is impossible to legalize Mighty Jeep FC Concept with the IIHS, DOT, NHTSA and the ASPCA.

This year’s Easter Jeep Safari was very much different because whatever Jeep brought was easily attainable. Also in this year’s Easter Jeep Safari most of the models were ready for production. Pietro Gorlier, the brand president and CEO said that these bizarre concepts are quite funny. He also added that he knew that most of the fans became unhappy when they came to know that the vehicle of their choice can never be built. So, the new designs that were made at the Chrysler advanced design can be easily attained.

The media were provided with six vehicles to drive through the UT trails and the Moab. There were also three vehicles present that provided a glimpse of the future concepts. There were also more three jeeps present that were built with test components, Mopar accessories and the prototype components. These jeeps were made available for testing the reaction of the public.