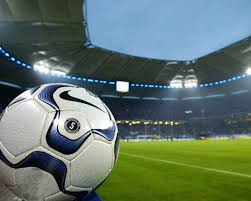 There’s nothing like the joy of watching your team play, and the camaraderie you feel with your fellow fans; the atmosphere of pure energy of being in a stadium with thousands of others, all engrossed in passionate support of two teams fighting it out on the field… Sadly, on some occasions, the conclusion of a game of football (or soccer, if you prefer) isn’t simply a feeling of elation or disappointment, depending on how your team fared, and for some, a football game is an incitement to violence. The concept of football hooliganism is something most of us are familiar with, and while it can often be represented humorously in popular culture, actual football hooliganism is violent and sometimes fatal. So what is it about this game than can lead passions to boil over into carnage, and what are some of the worse examples of it throughout history?

Al-Ahly were long considered to be Egypt’s top team, so their 3-1 loss against Al-Masry was such a surprise to Al-Masry supporters that they stormed the field in jubilation. Jubilation quickly escalated to violence when Al-Masry supporters began attacking the Al-Ahly supporters, resulting in 79 deaths and 1000 serious injuries. 21 people were convicted of murder as a result of the attacks and were then sentenced to death, which led to subsequent riots in the city of Port Said, where the original incident occurred.

Fans of the Asante Kotoko team were presumably unimpressed that they were trailing Accra Hearts of Oak 2-1 in a game at Accra Stadium. Projectiles were hurled onto the field, leading police to fire teargas into the crowd. Panic broke out, and thousands of spectators attempted to flee, meaning that many people were crushed to death, with 125 casualties reported. Jacob Nettey, captain of Accra Hearts of Oak was one of many people who said that the police overreaction to football hooliganism was to blame.

The worst football disaster of all time took place in Lima’s National Stadium in an Olympics qualifier, when Peru took on Argentina. A small number of fans charged the field when the referee ruled that a Peruvian goal was not valid, which caused police to fire teargas, as happened many years later in Ghana. The resulting frenzied attempts to escape meant that 320 people were crushed to death. As the fans escaped, they began to riot outside the stadium, meaning the area resembled a warzone by the time the violence had subsided.

Football never really caught on as a mainstream sport in the USA, meaning Americans have been spared the worst of the worst when it comes to football hooliganism, but the country is not immune. It’s not uncommon for small skirmishes to break out after the Superbowl or other NFL events, although police quickly stamp out the violence before it has the opportunity to escalate into widespread damage or death to participants. Football hooliganism doesn’t show any signs if disappearing, so like with many things, it’s a case of a vocal minority ruining it for everyone else. So maybe sticking to the pure support and wearing some crazy NFL outfit can be the way forward. It is still about the love of football, not the hate.

This is an article written by Anita, an active sports fan and avid blogger. She is also a writer for Higherclick.com, writing for Macys.com.