Although wonderfully exhilarating way back in the 1980’s, playing video games today is a completely different experience. Today console gaming looks to become even more sophisticated, and next generation consoles and their range of features promise to go far beyond just games; in fact the hardware is powered by software that allows you to switch between the Internet, watching TV and playing games. The graphics alone have evolved from pixelated squares to the realistic photo-realism of modern times, whisking you away into another world entirely. The PlayStation 3 as an example has a Cell Broadband Engine, which is a faster and more powerful microprocessor than ever, and together with the Nvidia graphics chip, the graphic capabilities are simply superb. 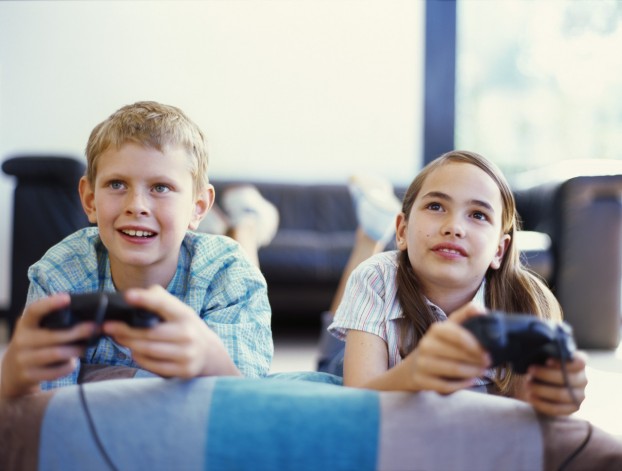 An Android-powered Game Console by Google

Console gaming is an interactive kind of entertainment where you get to take hold of the controller and manipulate and control the images on the screen. Of course video game consoles use a number of different distribution media, and where once chunky cartridges were used, today its the

Even Google, the Internet giant, is looking for a niche in the gaming environment and developing a videogame console powered by its Android operating system. It is wanting to release a second version of an Android-powered media-streaming device known as Nexus Q. Games that run on Android software are sought after and their appeal has encouraged the development of new devices aimed for Android by other hardware companies.

Games where the Focus is on Fun and Expression

With console gaming, always take into account the kind of games you want to play. The console you have might only take games that are not particularly to your liking, however most consoles support a huge mix of exciting games. Some of the riveting video games for Xbox 360 are Lost Planet 3, Tom Clancy’s Rainbow 6: Patriots, Halo 3, Watch Dogs and many more.The list of games for the PlayStation 3 system is also superb; with titles like The Last of Us, BEYOND: Two Souls, Puppeteer and Deal Island Riptide among others. In fact whatever video games you want to play, Xbox and PS3 will have it, and you can also download exclusive games directly from PlayStation Network and also link up to other members to play online multi-player games.

The Xbox was created by Microsoft, with the first console being offered after the Atari Jaguar stopped sales in 1996. The Xbox 360, released in 2005 is a more recently released console. The successor to the Xbox 360 is the Xbox One, ready to be released globally towards the end of 2013. With the Xbox 360 the name simply wants to let the user understand that they will experience different game styles depending on their preferences. The number 360 means a total turn around, moving away from traditional settings of game consoles.

With the 360, players can specify certain things they want the game to do for them and create their own game strategy as apposed to choosing options from the menu. There are other details about the Xbox 360 which make it a superior experience in terms of console gaming features and usability. Controllers have removable rechargeable battery packs which can be charged via the console, games can be played from the DVD, players can compete online, and you can download arcade games, music and movies.

Of course there are accessories for the gaming console like headsets for chatting, webcam for video chatting, 5 sizes of hard drives as well as wired and wireless controllers among others. Kinect is a controller free gaming experience for the Xbox 360, with add on peripherals, enabling users to interact with the Xbox 360 by using spoken commands for instance.

The PS3 has a built in high definition Blu-ray player as well as a massive hard disk drive storage, and this means you can store heaps of media on your machine. The PlayStation 3 was released by Sony during 2006 and kids and adults can enjoy hours of interactive fun together. You also get the sleeker console known as the PS3 Slim. No Longer Games but Film, Music and Television Too

Console gaming requires getting the right console and games for scintillating entertainment. The market is dominated by three console manufacturers: Sony, Microsoft, and Nintendo. Not all video game consoles are the same, and different prices along with specials and discounts might make one the better choice over the other. Their integration of film and television into their offerings apart from their games have made it the type of entertainment that will save you having to spend money on entertainment outside the home.

Anthony A. Clark, Creative Manager at MegaModzPlanet. I play games, create, design and develop strategies for the games. When having a minute, I travel a lot and still focus on spending lots of time with the family and friends.