Halloween can be great fun for adults and children alike and presents a wonderful opportunity to dress up. It is, however, one of those occasions when many people do nothing. This could be because they see their only option as touring their local streets trick or treating or perhaps because they can’t be bothered to organise a party. There are other choices though if you want to enjoy the scary season. There are several places in the UK where you can really get into the Halloween spirit and here a few of the best. 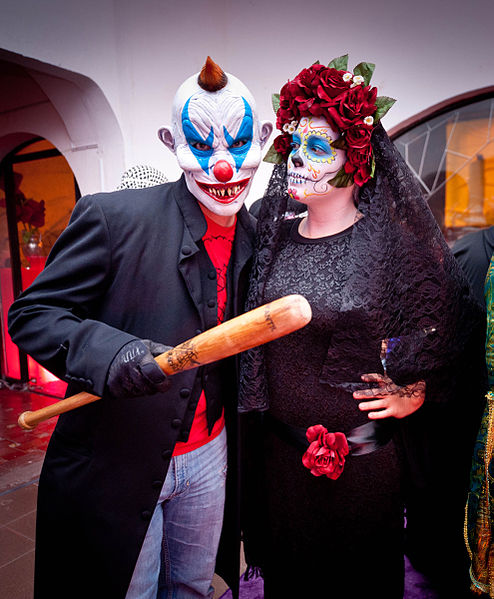 Tulleys Farm near Crawley in West Sussex has been organising Halloween events for several years with great success. Their Shocktober Fest Scream Park was voted best scare attraction of 2012 by the Scare Awards and 2013 looks set to be equally impressive. There will be 6 haunted adventures including the infamous and original Haunted Hayride to experience with refreshments available throughout the evening. This venue has a well-deserved reputation for laying on a memorable experience and the farm offers a daytime Halloween event too which is suitable for younger children who would fine Shocktober a little too intense.

Fright Nights at Thorpe Park in Surrey are always a fun experience. The park is open as usual during the day and then as night falls you have the opportunity to ride the roller coasters in the dark and brave the horror mazes on offer. As at Tulleys Farm, the Halloween attractions do feature live actors and so they are an intense interactive experience which some may find intimidating. The park lays on various other special features on Fright Nights too and 2013 is set to be the best year yet with several new innovations coming to Thorpe. The exact nature of these has not been announced but the live actors look set to roam the park as well as the mazes so watch out where you walk!

Alton Towers are also promising their biggest spooky event ever this year. The Halloween Scarefest will feature live actors, weird and wacky costume characters and scary mazes which are not for the faint hearted. The most celebrated attraction is “The Sanctuary” which won the Scare Awards’ prize for best scare attraction in 2012, and it will be back this year for more ghoulish fun. As at Thorpe Park there will also be the opportunities to ride the coasters in the dark and this year that includes the newest ride, The Smiler, which is the first roller coaster on the planet to feature 14 inversions.

Billed amusingly as “Forged in Hell but conveniently located on the B5195 between Ormskirk and Formby”, Farmageddon is an award winning visitor attraction which offer three horror mazes for the brave guests to enjoy – or not! This year “Terror at The Farm” and “Insanity” will be joined by a new maze called “Psychosis” the exact nature of which has not been explained other than the fact that it will reach new heights of horror. The experiences are aimed at attacking all of your senses and are recommended for those aged 15 years and above.

There are plenty of reasons to get out and about for some spooky fun this Halloween. All of the visitor attractions mentioned here encourage fancy dress so bring out your face paints for Halloween and get into the spirit of things (pun absolutely intended).