“From rags to riches.” This is a phrase often used to describe people who have managed, one way or another, to climb up the social ladder. We hear a lot of stories like this. It may have been someone who was lucky enough to win millions in the lottery. It may be a person whose determination and cunning was able to expand his wealth through a good investment.

Not everybody can experience being able to literally swim in mountains of cash, but anybody can make stupid decisions about money; particularly by spending it on useless status symbols without considering its impact to their personal finances or their future.

The Thing About Consumerism

Thorstein Veblen, a Norwegian-American economist and sociologist, coined two terms in his book, “The Theory of the Leisure Class,” which was published in 1899. The first term is called “conspicuous consumption,” which is the act of spending of money or acquiring luxury products and services to display economic power publicly.

A more specialised form of conspicious consumption he defined as “invidious consumption,” which is the deliberate conspicuous consumption of goods and services intended to provoke jealousy or envy in other people; and meant to display the buyer’s superior socio-economic status.

Sociologically speaking, conspicuous consumption involves a public display of buying power to maintain or to attain a social status. Conspicuous consumers are in the habit of purchasing extravagant items, which they may or may not actually afford. With this kind of behavioural condition, the consumers gets a boost in confidence and morale when members of their socio-economic class witness their display of luxury.

According to ConspicuousConsumption.org, by demonstrating one’s superiority, the conspicuous displays of consumption is used as a conduit. Whether rich or poor, it is basically an attempt to “impress” others by showing advantage through “conspicuous consumption” and the ability to engage in conspicuous leisure (i.e. act of spending on costly vacations).
Let’s take a look at the kind of thinking these conspicuous consumers act on:

Some people define as “filthy rich”those who can buy things no matter how expensive. They dream of living a lavish lifestyle and envy those who do. Money problems are common among regular individuals, and you may think having money is the most important thing in the world. You end up working yourself to death trying to earn more, but only because you want to buy luxury status symbols so that you appear dashing and fabulous in front of your peers.

It may give you some satisfaction when people notice how you always buy the latest gadgets or travel around the world, but think about it: when your credit card bills come in and collectors start going after you for what you owe, where will your “friends” (whom you can bet secretly resent you, anyway) be then? You will most likely be dealing with your financial problems on your own. 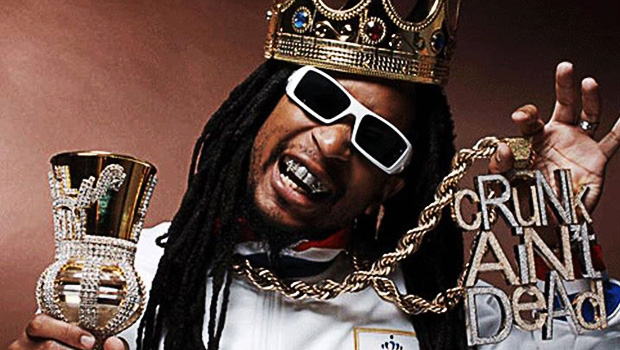 Many of the truly rich would tell you to make money work for you, and not the other way around. There are wealthy individuals, such billionaire Warren Buffet, who choose to live frugally. According to the Berkshire Hathaway CEO, expensive toys only cause him headaches. He chooses to use his money to invest further, an endeavor that gives him fulfilment and enjoyment.

Instead of using credit cards to buy luxury items, start teaching yourself to spend your money wisely and invest instead. You will find it more fulfilling than any status symbol you can think of.

Let’s face it. Fashion can catch the attention of this generation. Showing off by means of fashion has become a societal norm for individual expression, as well as flaunting your social status.

Shopping for signature or designer items is a mistake, not to mention a waste money, if you can’t particularly afford it on your current incomee. You may think designer clothes, shoes, and accessories can make you look elegant and sophisticated, and they definitely would, but what would it be for if your wallet is empty and your savings account is running dry.

This is a common problem for women, known for their ridiculous shopping habits—although fashion for men is surely on the rise as well. More often, credit cards are used to buy these exorbitantly priced luxury items, and you know how this can only result in financial troubles later on. If you can relate to this mindset, you would do well to remember the story, “Confessions of a Shopaholic” as a reminder that it is never a good idea to spend money you don’t actually have.

Credit cards are made to provide convenience to consumers, especially in times of need. Maxing out your credit card for status symbols like clothes, shoes, gadgets, and other pricey stuff could only end in a sob story.

Misconception # 3: “The more things I can buy, the richer I will look.”

In the eyes of the businessmen and entrepreneurs, all people are consumers—whether you buy too many or too little, whether you have cash or credit card, whatever your age, gender, or race—you are a consumer and a source of their income. We live to consume—all of us are considered as consumers as long as we live.

Extreme consumerism is driven by people’s innate urge to buy more things that are not basic necessities. This urge is fueled by endless commercials, billboards, and online ads we see everyday. It may appear natural and normal but the consumption culture that surrounds people has drastically affected the way we live and see ourselves in the society.

You Are Not Poor, You’re Broke

This is the logic of “stupid poor people”: they think they’re poor, but as a matter of fact, they are actually just broke. They get broke for the reason that they incur more debt instead of focusing on increasing their income. As a result, they feel poor and deprived.

The points above attempt to explain the logic of stupid poor people and why they keep on buying impractical objects. The way you spend your money defines you and these are the kinds of mindset you best avoid.

If you’re into buying useless status symbols, sure, you can impress some, but there will be others—the truly rich—who will only see how you make poor decisions in financial matters. Start saving and investing your money instead. Be a wise consumer. Only with hard work and knowledge can you get a shot at the luxurious kind of life you’ve always dreamed of.