With the nature of my work and where I live with endless power blackouts, I could have known how to tap solar energy but the commitment of finding a good solar device was not in my time no more.

Sure I can attest that I can’t really comprehend the amazing science behind the wakawaka solar powered chargers. It’s amazing. I recharge virtually any kind of gadget example my Smartphone. Ideally, the chargers also come with a very powerful inbuilt light.

It’s also a beam of light that don’t dim sooner. It will carry on the brightness up to the last few minutes of its endurance. But even as I enjoy my two in one device, I am more excited with the fact that this came just right in time when electricity power was getting to the height of unreliability and high cost in our area.

What’s more, Wakawaka comes in handy with the devastating calamities of the typhoon in the Philippines. The company has started an initiative to promote a buy one give one campaign where the extra charger is donated to a family currently engulfed in Philippines typhoon. It’s a breakthrough for wakawaka and us too having this so effective and great way to tap and utilize solar energy. 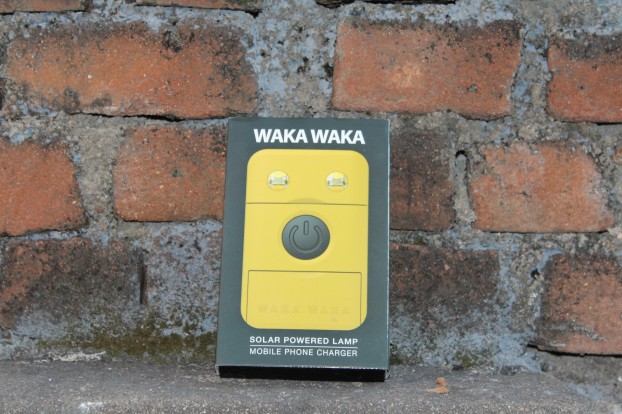 The Charger I can’t Trade with Anything else

Before acquiring wakawaka solar powered charger, (I have acquired four), I had to deal with endless electricity bills from charging many phones and gadgets in my office. It had come to a point I just needed a break. But nothing seemed to offer a relief until I was introduced to wakawaka solar power.

The beauty with these new in the market chargers is that they can last for a long time charging others and lighting even when there is no sunlight to recharge. I only need to keep the device outside in the sun for maximum recharging. I also enjoy strong beam of light for almost two days without recharging. Before I realized that I can cut down my energy bills by using a more efficient and convenient power of wakawaka, now I can even recharge my phone whether there is electricity or not.

Even as we speak, wakawaka are becoming so useful in the rescue mission that followed in the wake of Philippine typhoon. People have been marooned in darkness as there is no electricity. But with the high endurance of the wakawaka lamp, families as well as rescue personnel are relying on them to light up the ways.

My Sun Lights up Even My Nights

I used to doubt that solar power is that practical. I never really understood that there was power in the sun for me to tap. The bright beam of my wakawaka solar powered charger and lamp has made it possible for me to tap on the free solar power. But even if I knew, what could I have helped it without Wakawaka? As I recently discovered, the company produces solar rechargeable chargers that comes with a bright light too.

The lightweight charger/lamp is convenient to carry around. I replenish my Smartphone batteries quickly and conveniently. After a full solar recharge of the charger, I can rest assured I have enough power to back up my phones and light up my nights for almost two days. You only need to ensure you give it maximum recharge.

A fact to also consider about Wakawaka is that the super efficient solar cells of wakawaka charger are getting into good use in the ongoing rescue mission in the Philippines. To be part of the big humanitarian aid, you can donate one wakawaka charger or light with every purchase you make at Wakawaka. Checks out the buy one give one campaign that’s ongoing at Wakawaka specifically for Philippines humanitarian aid.