While it is one of the most discussed topics in the contemporary energy market, solar power remains a mysterious and often misunderstood concept.

Although it is common knowledge that the installation of solar panels is costly but capable of delivering savings that repay your initial investment over time, few home-owners understand the intricate details of sustainable energy and how this benefits them as consumers. Rather than dealing in facts, today’s home-owners are instead trading on broad generalisations and preconceptions.

This is far from ideal, especially when you consider how the energy market is evolving. With the cost of gas and electricity soaring and governments throughout Europe striving to incentivize the widespread adaptation of solar panels, sustainable energy is becoming increasingly accessible to a wider social demographic. 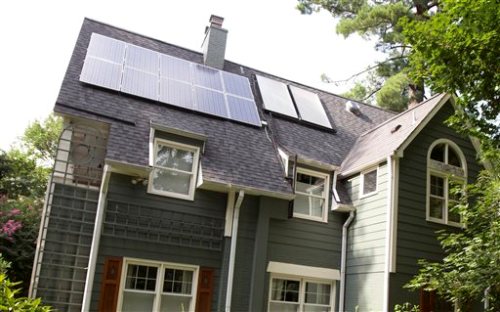 The Facts About Solar Energy In The Current Market

With this in mind, what is the truth about solar power and its growing appeal in the current energy market? Consider the following: –

The Initial Costs and Equipment

When it comes to appraising the initial cost of installing solar energy within the home, equipment is the most pressing consideration. In addition to the solar panels themselves, you will also need to purchase an inverter that changes the direct current to suit the alternative system used within your home. For a grid-connected installation, you will also be required to fit automatic switches that disconnect the system in the event of a power failure. Back-up batteries and compatible energy metres will also be required, and this can contribute towards a sizeable financial sum. As of 2012, the average cost of a complete solar panel installation was approximately £4 per watt, which must be considered in line with labour and material costs for the initial workmanship.

With the UK energy market at something of a crossroads, solar power is becoming an increasingly attractive proposition for disgruntled home-owners. There are several factors behind this, with the presence of localised government subsidies and financial incentives offsetting the once prohibitive cost of installation. In some jurisdictions, utilities will also buy back the power that you generate and enable you to reduce your energy costs even further. There is even pressure from the EU (European Union) for the UK to lift its reduced VAT rate on solar equipment from 5% to 20%, which would have a significant bearing on the annual cost of energy. Alongside the growing controversy concerning rising gas and electricity costs, it is little wonder that home-owners are increasingly keen to entertain the merits of solar power.

On this note, it is clear that solar power represents an increasingly affordable and financially generative option for home-owners. This trend is likely to continue for the next decade, especially with the governments ‘green deal’ initiative subsiding the installation of domestic solar energy on a nationwide scale. While reduced energy costs may be central to the appeal of solar power, however, it is important to remember that there are also environmental benefits to the use of sustainable energy resources. Home solar systems are known to dramatically reduce the use of harmful fossil fuels, which are responsible for generating the majority of electricity in developed economies. For those of you with a social and environmental conscience, this is a benefit that is becoming increasingly difficult to ignore. On a final note, it is worth bearing in mind that solar energy will continue to function even during a power failure, which has significant connotations for both residential home-owners and those operating a productive business.

Mark Anderson works for Amber Green Solar in Northern Ireland. It’s his job to raise awareness in the public about the benefits of solar energy for homes and businesses.