What makes a mobile into a Smart phone? Obviously it might the powerful hardware specifications, but hardware certainly will not be the only fact for this. Smart phones are the boom today, which provides a vast range of applications in it and accepts more applications from the external app market. These apps will do almost everything like Laptops, Desktops. 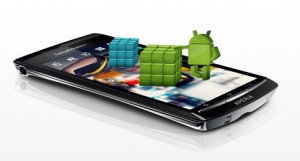 With these Smart phones one can be connected to his/her friend at any time using the social network sites. It is not only meant for personal and also been used for many business purposes. 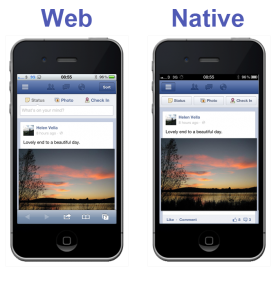 Native apps are the ones that run directly on our hand held devices like Tablets, Smart phones. They can be downloaded from the respective app stores of the mobile phones. For example You can get the iOS apps from the Apple’s app store and Android apps from the Google’s play store. The End-users can go to their respective platforms of their mobile phones and can download the apps which would they prefer.

Native apps make optimum use of the hardware of our Smart phones and can easily handle the complex functions, which is quite hard in the web mobile applications. The few native applications are Calculators, In-built browsers, Calender, Social networks like Twitter, Face book.

If you are a business entity and would like to build a native app for your consumers, the thing you should be aware of the fact that native apps are to be developed on multiple platforms in order to allow a boarder user base to access your app. This is nothing but the different versions of the applications are to be developed for Android and iPhone users.

Web based mobile applications are the ones that run directly from the web browser on the tablets and phones. These apps are not needed to be installed on mobile devices and can run on web servers. It can be used on various platforms even though it was build on a single platform since they do not have any limitations to use on different platforms. Some big examples for web applications are online mobile games, chatting apps, email and many more. These applications have become immensely popular on the mobile application development industry, at the time when HTML 5 are at the peak. HTML 5 allows users to access the web browser applications to use the hardware specifications much better and to access the apps more faster.