Doing a jigsaw is the perfect pass time for a wet afternoon, and they are as popular with children as they are with adults. Jigsaws come in all different shapes and sizes, and every picture you can possibly imagine has, at some time, been printed on a jigsaw. Even though you think you know about jigsaws, there are some more unusual things you probably didn’t know. 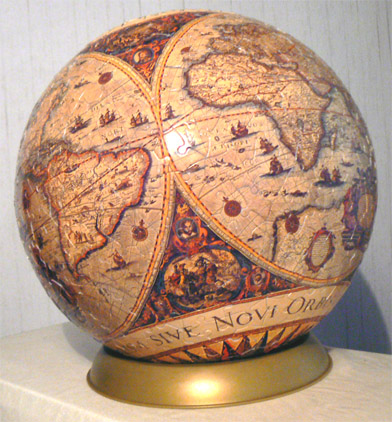 The first jigsaw was made in London in the 1760s. Original jigsaws were always wooden, and were made by sticking a picture to the wood and then cutting it into shape. Jigsaws were educational rather than a toy, and early jigsaws typically featured maps.

The largest jigsaw puzzle in the world has an amazing 551,232 pieces and was assembled by a group of University students from Vietnam in 2011. The picture on the mammoth jigsaw was of a lotus flower with six petals, but the job was made easier as the huge picture was broken down into over 3000 separate sections, each with a more manageable number of pieces.

Although the Vietnam jigsaw is the biggest, it is not on sale in the shops. The largest commercially available jigsaw is made by German firm Ravensburger, and has 32,256 pieces. It features the work of artist Keith Haring, and retails at over £200. Once finished, it measures 5.4m by 1.92m. It is also broken down into smaller sections, but you would need a team of helpers and a very large dining table to complete it.

The most expensive jigsaw ever sold at auction was not particularly old or particularly rare, but was a handcrafted wooden item made by famous puzzle maker Rachel Page Elliot. The jigsaw came up for sale at a charity auction for a pet charity, and as the puzzle featured a picture of a mother and puppies, the bidding ended at $27,000. Antique jigsaws in good condition regularly go for several thousands of pounds at auction.

The largest globe shaped puzzle in the world was made as a special exhibit for a conference centre in Hong Kong in 2005. It featured a picture of Winnie the Pooh and was over 15 feet around the circumference. Globe puzzles have become increasingly popular in recent years although children find making them up hard and it is better to stick to a basic Melissa and Doug jigsaw or a Ravensburger wooden puzzle for pre-schoolers.

In order to qualify for the record of smallest jigsaw, the item must have at least 1000 pieces. The holder of the record is a tiny 7 inch by 10 inch puzzle made by Tomax Puzzles in Hong Kong. The company produces a whole range of the micro-puzzles which feature famous scenes or artworks. Good eyesight and excellent coordination is needed to make up a tiny puzzle, so again chunkier items like a Melissa and Doug jigsaw or a tray style puzzle where pieces are lifted out with pegs are a better choice for younger jigsaw fans.

Morag Peers is the mother of three children and so has had to deal with a lot of jigsaw puzzles in her time!