Let us begin right off the bat by saying Animal Euthanasia should be differentiated from slaughtering of animals for commercial purposes. Either term does involve willfully putting to death an animal rather than allowing them to die from natural causes. Those who are new to this idea may find it abhorrent but believe it or not there are ways to end an animal’s life instantly and without causing it any suffering. This hotly debated topic does has its pros and its cons.

Considerations: those in favor

There are different reasons why animal or pet owners may consider Animal Euthanasia as a viable option. True, it is not an easy decision and it will be sad moment for everyone in the family to let their pet dog or their favorite horse in their ranch go. In fact, many animal owners may not even like to use the term “euthanasia” and opt for lighter euphemisms such as “put to sleep” or “relieve them from misery”. “Euthanasia” itself has Greek origins that infer to death for a benevolent cause or “mercy killing”. But in reality it is not a judgment they will likely rue for the rest of lives. 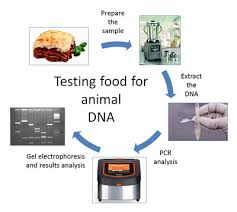 Fortunately many animal rights groups also support Animal Euthanasia. There are several medically certified means to proceed with letting go of your dear pet or faithful animal. The animal passes away painlessly.

DNA testing has been put to use in cases of animal euthanasia where the dead animals were sent to various entities including pharmaceutical companies, cosmetic companies, for use in fertilizers, gelatin, pet food and many more. In some cases, animals that have been euthanized responded poorly to a substance used to put down the animals known as Pentobarbital. This was because the animals may have ingested small doses of Pentobarbital over the years through simple consumption of pet food making them more tolerant to the drug. The FDA ordered animal DNA tests to be carried out but results were unclear. Allegations claimed that dogs and cats were being euthanized to make pet foods but both cat DNA testing and dog DNA testing found no actual cat or dog genetic material in the foods tested.

What is the Procedure?

The most common procedure is by injection through the skin especially on that region of cutaneous skin which has easy access to the veins. The drug that is often used to complete the operation is either Sodium Thiopental or Pentobarbital. The reason being the affected animal goes through the stages of unconsciousness, heart attack and breathing failure in a matter of seconds, far too quickly to experience pain. Actually in fourteen US states it is the law to follow this procedure of putting your pet to sleep when all other options of curing its illness fail, of course. Animals sometimes suffer immensely from debilitating illnesses.

People who tried other methods such as gassing were actually taken to court so care must be taken to follow your local municipal laws and by-laws. The controversy aside, killing inside a carbon monoxide atmosphere is being used on very small animals and on wild animals.

It may be noted that sometimes dead animals show weird symptoms of life after being clinically dead like their intestines bursting out or movement of muscles. Their eyes may not be wide shut either. This may freak out their owner who is already burdened with guilt and grief. In such cases the procedure can be divided into two parts. In the first stage the animal is rendered unconscious. At this time the owner can say a final farewell or prayer before the animal breaths its last. Once the owner is in a reasonable comfort zone, the shot to lay the animal to sleep is administered.

The aforementioned mentioned process may not be suitable for animals with large body constitutions like horses or cattle. They are infused with large quantities of barbiturates. There are other recently synthesized drugs which cause painless death of cattle or equestrian life but it has been found on the odd occasion that horses undergo some form of suffering.

We have learnt from above that killing is not necessarily an inhumane act. Animal Euthanasia is a practical attempt to give peace of life to the owner and relief to an already suffering animal.

Karl M McDonald is a free lance writer specializing in the field of genetics and DNA testing. Articles by the author can be found on many blogs and info sites, including the article knowledge base for easyDNA. Karl currently lives in West Sussex, UK with his wife, kids and 2 dogs.