The United States spends over $2.5 trillion on health care each year. The FBI estimates that three to 10 percent of all U.S. health care expenditures are fraud-related, which places the dollar value of Medicare fraud at between $75 billion and $250 billion per year. The federal government made Medicare fraud a Cabinet-level priority when Attorney General Eric Holder and Health and Human Services Secretary Kathleen Sebelius formed the Health Care Fraud Prevention and Enforcement Action Team, or HEAT. 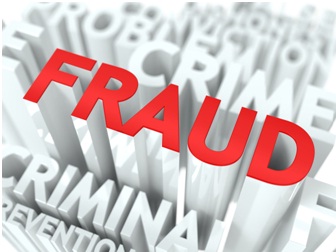 In 2011, HEAT took down a $530 million Medicare fraud ring. With help from many players in the legal system, HEAT has prosecuted 1,400 criminals that stole more than $4.8 billion from Medicare. Students interested in earning a master’s degree in forensic psychology can click here to learn more about such a degree in-depth. Once attained, these forensic psychologists can determine defendants’ mental fitness, provide expert testimony and assist in jury selection. These experts, along with federal and local law enforcement, combine forces with HEAT and district attorneys to prosecute Medicare fraud.

As the American population skews older, Medicare usage will grow significantly. Experts expect fraud to increase right along with health care expenditures. For people that love finance, medical issues and technology, investigating Medicare fraud can become a rewarding career. The demand for investigators is growing as the government works to recover taxpayer dollars.

How Do People Cheat the System?

In April 2013, the FBI arrested Jose Katz, a 68-year-old cardiologist with practices in both New York and New Jersey, for committing $19 million worth of Medicare, Medicaid and insurance fraud. Katz obtained extra Medicare money by ordering unnecessary tests for his patients and then billing Medicare. Katz falsely diagnosed the majority of his Medicare and Medicaid patients with disorders including inoperable angina and coronary artery disease. For many, he ordered an unnecessary and potentially dangerous procedure called enhanced external counter pulsation, or EECP, and billed Medicare for the treatment.

Not all doctors defraud Medicare by ordering unnecessary tests. Some upcode for low-cost services. A doctor that removed splinters from a patient’s hand with tweezers, for example, might bill Medicare as though she’d performed surgery. Doctors may also bill for non-covered services, like clipping a patient’s toenails, as covered services like foot surgery. Some physicians bill single lab tests instead of billing tests in bundles according to Medicare rules.

Doctors aren’t the only people that commit Medicare fraud. Medical equipment suppliers, for example, may bill Medicare for equipment that a patient doesn’t really need. Businesses may give false information to their employees to convince them to join Medicare. Sometimes, con artists may call seniors and offer to enroll them in a Medicare plan in exchange for their checking account or credit card numbers. Even seniors sometimes commit fraud by selling their Medicare number to someone that then bills Medicare on their behalf.

How Does Technology Help Law Enforcement?

Law enforcement officials use technology, including data analytics software, to catch Medicare thieves through fraudulent billing. For example, analyzing a practice’s Medicare billing patterns using an algorithm can unveil suspicious activities. Alternatively, if a system’s data storage system is breached and criminals steal patient Medicare numbers, then IT professionals can investigate how the breach happened and use data mining to spot criminals when they misuse the stolen information.

Technological changes prompted by the Affordable Care Act can also offer opportunities for fraud. The government offers Medicare bonuses to practices when their electronic health record and security measures meet Meaningful Use requirements. A fraud investigator with technology expertise could review for Meaningful Use compliance. If the practice is not compliant but collects Medicare bonuses anyway, then law enforcement can press charges against the doctors.

What Happens When People Get Caught?

New federal mandatory minimum prison sentences focus on the amount of money stolen from Medicare. Jose Katz, because of the amount that he stole, could be sentenced to as many as 15 years in prison. He will pay restitution to his victims and as well as paying up to a $250,000 fine.

People like Dr. Katz victimize both their patients and the federal government. However, because they steal taxpayer funds, Medicare fraudsters victimize all Americans. For students that want to do something great for their country, Medicare fraud investigation careers provide a great opportunity.

About the Author: Bill Hartsfield is an expert on data mining and analysis. He provides consultation services on a wide range of civil and criminal fraud investigations.