In the Age of Information it’s the artists that stand out the most that are going to succeed. This is the case because there are just so many choices these days. If you’re doing something musically that just sounds like what everyone else is doing, then you will get totally washed out by

No matter what you think of this band, it’s hard to deny that there aren’t any other artists quite like Gorillaz. This band are British and they were started in 1998. They were one of the first so-called “fictional band” types, since they combined their music with animation to create fictional characters that pretended to be the ones actually playing the music that you hear on the albums. Gorillaz is more than just a band or musical artists, it’s an entire multimedia experience. There are many short animated films as well as an entire world and back story for the artists.

This particular approach tends to work out well in the modern electronic climate as well, since it’s easy to create entre promotional events that can jump across the Internet and connect right into viral marketing schemes.

Coulton is known for being part of a new movement called “nerdcore” and he plays a lot of ironic music including “Re: Your Brains,” which is a song about a former office manager who is now a zombie and who is using the same passive aggressive language of office managers to talk about his desire for zombie violence. Coulton also sings about monsters under the sea, super villains, and so on. This is probably why people remember him even though he’s just one guy with a guitar like so many others. And the marketing for a lot of this stuff practically write itself since he can have shirts with popular lyrics and so on. 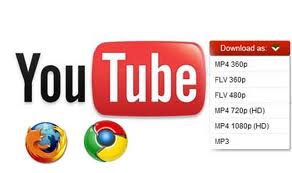 These artists have been successful at what they do mostly because they’ve done a good job in updating their approach to modern marketing challenges. Gone are the days where a TV ad was enough to really allow an artist to take off. People what interaction now, they want events to go to and media and videos to talk about and have some input in if you want the maximum possible impact for particular brands.

As a result, it helps to have events planned, either online or off, in order to serve as the spark that gets major campaigns going. If the artist is innovative enough, and the event is inspired, good planning and connections can really be what makes all of it come together and gets artists recognized in people’s heads throughout the world.

Since we live in more of a global village now, even events that are localized in location are even more unique and have even more potential advertising power then they would have in the past exactly because of the current nature of the Internet (learn more here: Sonicbids). Events in person are unique things these days.