It comes as no surprise that in today’s world, especially in the States, moving is a significant part of life. And it doesn’t even have to of one’s own desire – many times we just have to move, be it for our job, our family’s needs, or even health-related issues, which sadly become more and more prevalent. The truth is, however, that we usually grow very accustomed to a place and it becomes very dear to us. Many times it is extremely hard to make the decision of switching apartments, even if they are in the same city. If you’ve done it, you know how hard it can be. That even in your new place, you can feel very nostalgic and only look at the downsides of moving, and the bad things about your new home.

A recent example I can give is a move we had to do, because of switching jobs. It can be easier if you are living by yourself or with a roommate, of whom you are not very fond, but when moving with a family the whole ordeal changes. Even though we weren’t leaving Chicago, it was still hard, because it’s not the city that is the problem. The technical part is pretty easy. You take a look around the apartment, make a list of things you want packed, find a moving company, discuss pricing, date for the move and so on. Most of the time it isn’t even the place itself, which makes you to not want to leave it. It is rather all the memories you have about it, all the bits and pieces of yourself, which are now connected to the place (figuratively, of course). 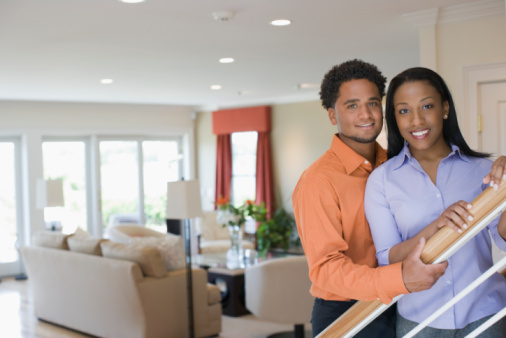 And here is where we have to start – with the realization that your apartment is nothing without you in it. It doesn’t house your memories – you do. You have to change your mindset. It isn’t that you are leaving a home for another one, but rather that the home moves with you, while you just switch physical locations. But it is easier said than done. That is why it is probably better to do it gradually. After you plan the move, you should just start accepting that reality. It helps if you think about it every day – that it is you, who adds the value to the home, not the home, which adds to you. But if it doesn’t seem possible, there is something more you can do.

Decide that you are really going to say goodbye to the place. Throw a party, invite friends, have fun while you can. Some people can’t understand others, who feel emotionally attached to the place, but we get it. Like the familiar saying – “been there, done that”. And we know a party helps. Again, it depends quite a lot on how you think about it, but people usually start accepting that they have to let go and such things are milestones towards closure. You don’t have to throw a party, you can just have a fun night or two with your family, being all together and reminisce about the best and maybe even worst things about your home.

It seems obvious now that it is our mindset, our attitude, which play the biggest part in letting go. But after all isn’t it the same with everything in life? Believing you can do something is half the battle, as some usually say. After all life moves on and we are forced to move with it whether we like it or not, so for our own sake – we better start liking it.