What happens when 1.35 billion people all take holiday at the same time? Hyperbole aside, utter chaos, that’s what.

This, in essence, is what occurs in the People’s Republic of China for the Lunar New Year Golden Week in January or February and the National Day Golden Week in October. The latter used to prompt some 25 million people to travel throughout mainland China. But that was fifteen years ago. China has undergone seismic changes since then. 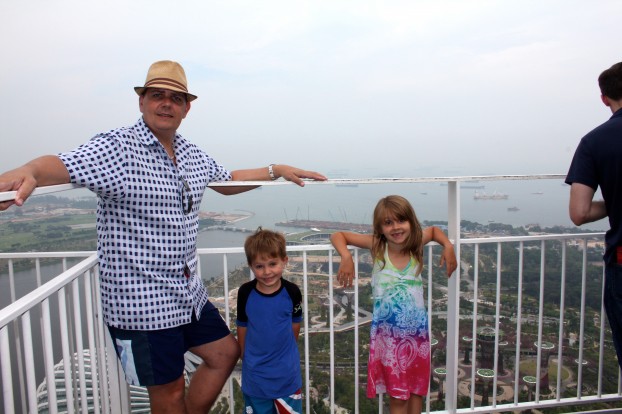 Nowadays close to 150 million people travel during Golden Week. It’s a mind-boggling logistical quagmire that the Chinese authorities haven’t quite come up with a fix for yet. Infrastructure strains and traffic congestion are the most obvious consequences (just YouTube ‘Golden Week traffic in China’ and video footage of travellers walking dogs and playing tennis in the middle of car- and truck-choked highways materialises).

It’s a problem of the Politburo’s making, in a way. Declare a weeklong national holiday in a country of China’s size and gridlock, both literal and economic, is bound to transpire. It becomes exponentially worse, however, with explosive middle class growth, which is exactly what China has been experiencing over the last two decades. Research by McKinsey & Company predicts that by 2022, China’s urban consumers will achieve purchasing-power-parity between Brazil and Italy. Put another way, urban-household income is expected to double in ten years.

This would cause significant ripples in a smaller country. But this is China. When the most populous country on the planet doubles urban-household income, the ripple effect is like a tsunami.

For Golden Week, it means that over a hundred of the country’s most popular tourist attractions receive close to 30 million visitors. Domestic travel has increased so markedly in recent years, in fact, that Beijing can no longer accommodate all the tourists Golden Week sends to the Forbidden City. The likes of Hangzhou and Hainan now regularly receive over one million travellers the first week of October. For a city like Shanghai, the number rises to five million.

International destinations in relative proximity to China, however, have been most caught off-guard by the mushrooming middle class’ newly-acquired penchant for travel. Desirable targets like Thailand and Malaysia especially feel the brunt. Not that anyone’s complaining mind you.

Certainly not in Singapore. The pocket city-state and economic juggernaut has proven particularly alluring with Chinese mainlanders over the Golden Week holiday. Singapore is close (a five and a half hour flight from Shanghai does the trick) but feels relatively distant in every other sense that counts. All the while, the presence of an entrenched and powerful Chinese constituency in Singapore (75% of the total population, with Mandarin an official language) makes the island nation incredibly attractive.

Cheek by Jowl on Orchard

These developments are all tied to the city-state’s growth as a tourism destination, of course. No country is succeeding in the international tourism game these days without China’s tacit participation. In Singapore the co-operation is much more than tacit – it’s explicit.

Golden Week tourists snap up tourists snap up luxury suites in Singapore, crowd Sentosa Island and clog Orchard Road shops. The effect has been transformative. So much so that travellers from mainland China are chiefly responsible for increased economic activity at scenic landmarks, restaurants, bars and department stores throughout the city-state. Moreover, Singapore is a major layover destination for Chinese tourists on the way to Africa, South Asia and the Persian Gulf.

Put it all together and it’s unlikely that any country is more grateful for the rise of China’s middle class than pint-sized Singapore.

My name is Sam and enjoy travelling around the world. My passion is writing and enjoy giving tips and tricks to others that could be visiting the same locations I was once at.