OK you know a round of golf is going to carry you over 6 or 7 miles, depending on the yardage, of rolling terrain until you reach the 19th hole. It’s some distance to cover but that’s all part of the fun. A good day out experiencing the weather whatever the gods have sent and getting in some good competition at the same time. What could be better? 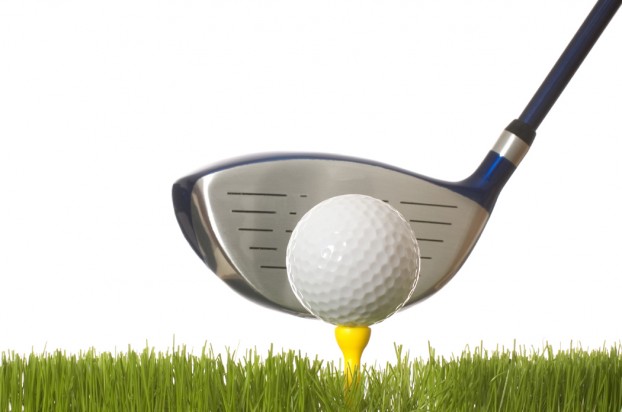 What do I Need?

A golfer can take up to 14 clubs with him or her but no more. That’s the stipulation laid down by the R & A – that’s the Royal and Ancient Golf Club of St Andrews the ruling body in the UK. It is also the ruling by the USGA aka the United States Golf Association.

That’s some load to carry round the course. Still think what it’s doing for those muscles. You can always wheel them in a hand-cart which is easier but still gives you a good work-out.

There’s no sharing either – it says so in the rules. So you can’t use your partners and let them carry them too.

Why so many Clubs?

They do different jobs of course. ‘Woods’ once made from the natural stuff are your standard mainly used for long distance shots. They’re still called ‘woods’ even though now they are usually made from steel.

Irons get a number to denote what they are best at – a sort of score! These come into their own as a ‘do-it-all’ club from any where on the course. They are often the tool of choice for awkward shots too. Guess where they got their name? Yes they were originally made from iron. Imagine carrying as many as seven of these around the course. They are made of metal now but are no where near as heavy as they were originally. Don’t worry you won’t strain those muscles with these bad boys.

Hybrids, somewhere between a wood and an iron, putters and chippers are other possibles. Hybrids often replace some of the more difficult irons; putters are for gentle rolls and chippers can be useful in the long grass.

How Far Can you go?

As you can tell the mighty 14 have a number of different jobs to do to get you round that course. Not least to inspire your body-building tendencies as you carry them around.

Do you dream of breaking records? Maybe Canadian Jamie Sadlowski could be your mentor? You might need to be a contortionist to cover the distances he does though. He is said to rotate his shoulders some 155 degrees when he takes a swing. Jamie puts it down to the fact that he is a bit of ‘mean and lean machine’.

Another possibility is Jamie has played a number of other sports including hockey, badminton and ice hockey in the winter. It is playing these games that have really helped him develop the muscles in his shoulders and the strength in his wrists.

Jamie has won the long-distance record more than once. In 2011 the ball travelled 386.8 yards. If you aspire to break records like Jamie, you’d better get working on your strength and muscles.

You might need a bit of a helping hand too. Your wood is the one that helps cover the distances. But you might want to treat yourself to one of the brand new irons for 2013 such as Callaway X Hot irons or maybe TaylorMade irons.

Rob Rudd is a bit a keep fit fanatic and enjoys trying new sports. He enjoys a gentle round of golf between more strenuous activities such as half marathons and open water swimming.