As in almost every other business when it comes to sport it is the men who make the most money out of sport. On top of the tree is Tiger Woods but you have to travel a fair way down the list of highest earners before you get to the women. Nonetheless there are some rich pickings for female sports stars so if you are athletically inclined where will you find the big money? 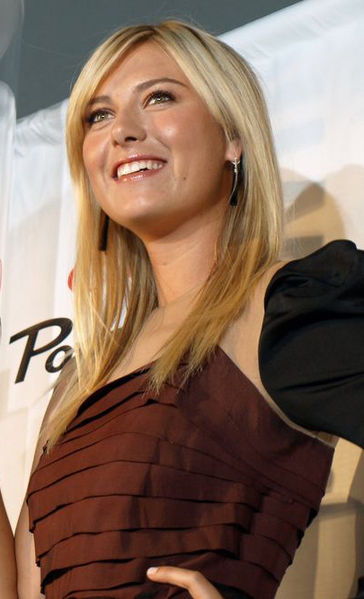 Even in the 21st century there is a huge inequity in prize money between men and women in most sports but the notable exception is tennis. Consistent campaigning over many years has yielded impressive results for women here. Their argument was no doubt helped by the fact that they compete at the same major tournaments as men which is not the case in many other disciplines. Tennis is also a global sport and so it should be no surprise that 7 of the top 10 female sporting earners of 2013 are tennis players.

Heading the list for the ninth year in succession is Maria Sharapova. In common with most sporting stars her enormous wealth is in large part due to sponsorship deals. $23 million of the $29 million she earned in the last year was the product of her relationships with the likes of Nike, Head, Samsung and Tag Heuer. Sharapova, however, was not the most successful tennis player on the circuit in recent years so why does she top the list of earners?

Maria Sharapova is a very attractive 6ft blond and there is no doubt that good looks are great for your wallet. If you want to earn big in sport then success sells but looks clearly move you to another level. Most top track athletes will struggle to make their fortunes from the sport but Britain’s Jessica Ennis has a pretty face and that allied with an Olympic gold medal has seen her strike gold of a different kind this year. If you are a winner and a looker the sponsors will fight to sign you up and indeed even the winning bit doesn’t have to matter in some cases!

It is standing out from the crowd that will make you your fortune and so if you can’t conquer the world and you don’t look like Maria Sharapova then the next best thing is to take on the men. There are few sports where women can compete directly against men and those where they can are so male dominated that any woman who even flirts with success is going to be big news. Look down the top 10 sporting earners list and the first name you come to who isn’t a tennis player is Nascar star Danica Patrick. She earned an incredible $15 million in the last year including an impressive $9 million from personal appearances and sponsorship deals from organisations like Chevrolet, Coca Cola and Tissot Watches. A woman taking on the men is big news and it will get bigger if she starts beating them regularly!

So there you have it. If you are woman and you want to earn a fortune out of sport then play tennis or break into motorsport but if you look really good probably any sport will do!

Sally Stacey is a professional writer who also owns a bridal shop and was on the board of a London based distribution company for 16 years. A frequent traveller for both leisure and business, Sally is always looking for a new adventure to write about