If you are a car owner, you must have got several experiences and therefore some first-hand knowledge on how to take good care of your car in every circumstance. As a responsible car owner, you mustn’t have let your car face a downtime ever in its lifespan and you might also be a very careful driver, who never took any risk in order to maintain car safety as well as keeping low the maintenance costs. But in the face of a natural calamity like flood, apart from many other damages, we would be busy with, one thing does face immeasurable damage, for which there isn’t any sound preventive method out there. So, even if you’ve secured your car in a protective garage, keeping it away from flood water, is nearly impossible. Even car mechanics face a tough time when such things occur. But with years of experience, some mechanics who serve at a reputable service center like that of Henderson car dealer are able to throw some light on this and helped us find out the damages that could have occurred because of flood water. So you need to check out the following and get a rough idea of how extensive repair work might be awaiting you. 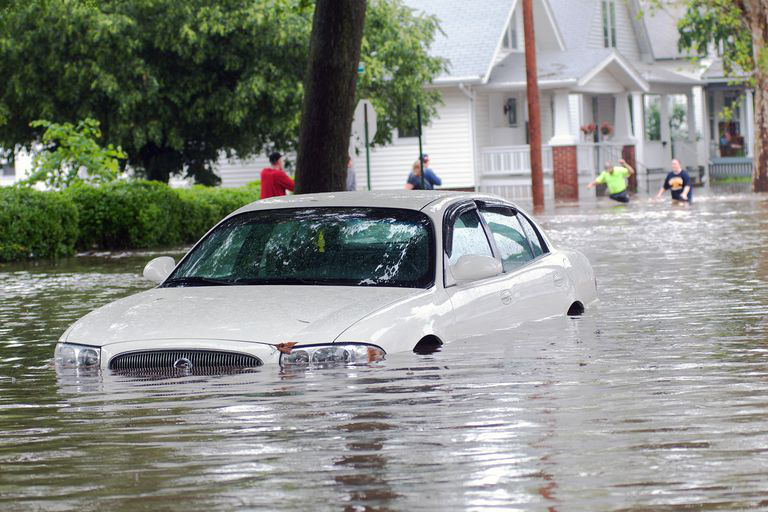 If the flood has stayed for a more than a couple of days, and you couldn’t make time to attend to your car, because of several understandable reasons, mold and mildew can start forming notoriously which will be difficult to remove. The smell can linger on the upholstery and especially at places like A/C vents, where sunlight and air cannot enter. If the odor is too strong, your upholstery and those affected places, need to be replaced.

After your car has faced an overwhelming flood, there can be a fine layer of silt covering up every surface you get to touch. But more than those visible surfaces, the more dangerous will be the gaps or corners around the compartment of the engine that will be the most difficult to clean. The same silt can also cover many unreachable points in the interior, so to identify them, you have to run your finger around all the ledges and feel for the sandy and gritty touches which would not be the same as the regular dust.

Water and moisture can get accumulated in places like inside the headlights, rubber drain plugs, inside the engine slot, and within the air filter. If you find them, you can use the car vacuum cleaner to blow hot air in those areas and dry out the water and moisture.

The biggest threat for your car from the flood water is rust on the metallic components that come in constant touch with the flood water for days. The most vulnerable parts that can rust at the earliest is the hinges along with the doorways and more crucially, the undercarriage. If your car has any unpainted metal surface, then rust is going to inevitably affect that area.

Hence the experts at the Las Vegas car dealer strongly recommend that if you find any such signs with your car, never delay a visit to your trusted repair center.