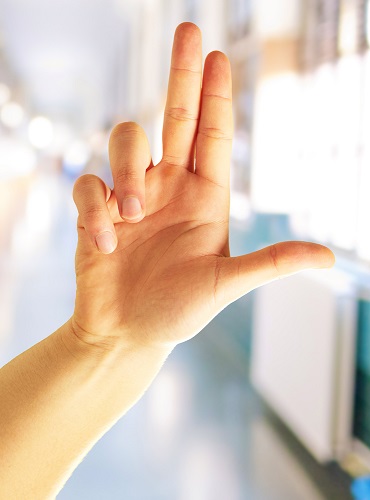 In what will be referred to as the hearing community, deafness is often construed as being a disability. Much in the way that people feel pity for those with other ailments, they feel sad, as if their quality of life is impaired, when someone is deaf. The concept of lacking the ability to hear sounds and voices is often viewed as an impairment despite the fact that many in the Deaf community do not view themselves as being disabled at all. For many in the Deaf community, being deaf means that they are a part of a visible cultural minority. They have schools, a language and there is also a diverse and interesting history for the community. In 1880, the National Association for the Deaf came into being, as an entity to fight for disability rights.

Cochlear implants are used by an approximated 200,000 people. Initially they were only made available to children and adults who previously could hear; however, times have changed and those who were born deaf are now also able to elect to have cochlear implants. The reason that those who had never had hearing were initially excluded was because they had adapted well, could communicate, and in the case of an adult, their brain had a more difficult time adjusting to the hearing world.

What are Cochlear Implants?

Cochlear implants are electronic devices designed to reinstate hearing where hearing loss has occurred. The device consists of a microphone that is situated outside the ear and an implanted component that is used to turn sound into electric impulses. The implant helps to transmit the electronic impulses that stimulate the auditory nerves. The brain will then turn the whole process into sound.

The hearing community perceives deafness as being a burden and a disability, while the National Association for the Deaf (NAD) stands firm to empower the individuals who have deafness or hearing loss. There is a concern that if the sometime in the future the right to choose may be compromised by the misconception that deafness is a disability. It is important to know that cochlear implants are not the right choice for everyone, and also that they are a temporary fix, not a cure. Although some have had success with cochlear implants, others have struggled to feel that they fit in to the hearing world–they felt more involved and included prior to the implants.

It is for this reason that the right to choose how to live their lives, as ultimately that is the decision that is made. The Deaf community and their perseverance to not be viewed as handicapped or disabled is definitely the reason why there are so few deaf people who feel hindered by their deafness and seek benefits from the Social Security Administration. Those in the deaf community can absolutely, and are, positive influences and contributing members of society. If they are viewed in any way, it should be as inspiration for accepting and loving who you are.