The 1982 cult classic film “Blade Runner,” directed by Ridley Scott, may be seeing a second installment. Alcon Entertainment, which announced in early 2011 that they had secured rights to produce prequels and sequels to the iconic thriller, has signed Michael Green to rewrite an earlier script by Hampton Fancher.  Best known for writing for “Heroes,” “Smallville,” and “Everwood,” Green also wrote the screenplay for “Green Lantern,” and is co-writer for the ongoing DC comic series, “Supergirl. 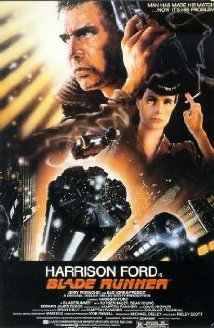 The early script adaptation of the 1968 sci-fi novel Do Androids Dream of Electric Sleep? by Philip K. Dick was originally conceived by Hamptom Fancher as the first in a series of films incorporating themes and characters from the novel. However, much owed to a lukewarm release, polarized reviews in North America, and a conflict concerning property rights, any talks of a sequel soon fizzled. Yet, within a few years the film became a cult classic and its popularity spurned a hasty DVD release, making it one of the first films to be released on disc.  In 1993, the film was selected for preservation in the National Film Registry by the Library of Congress for its cultural, historical, and aesthetic significance.

The new script is rumored to be set several years after Fancher’s first film.  According to Ridley Scott, who may direct the next installment, the “Blade Runner” sequel will likely be set several years into the future and be composed of a new cast of characters.  Whether Harrison Ford will return as retired officer Rick Deckard is uncertain.

The original film depicts a dystopian Los Angeles in 2019, where genetically manufactured organic robots, known as replicants, are manufactured by the powerful Tyrell Corporation and other manufacturers around the world. Exclusively used off-planet for menial or dangerous labor and banned from use on Earth, replicants who escape to Earth are hunted down and “retired” by blade runners.  The film follows former blade runner, Rick Deckard (Ford) as he is tasked with retiring a cunning group of four replicants led by Roy Batty (Rutger Hauer) and hiding in Los Angeles.  Deckard’s hunt takes him across the vast and disintegrating depths of a neon-lit metropolis plagued by unimaginable overcrowding and acid rain. This group of replicants are believed to be seeking a way to extend their otherwise short lifespan.

The film provides a haunting look at our perception of reality, memory and inescapable mortality.  It was the first of Dick’s novels to be adapted for the big screen.  Since then, his other works have been adapted in such blockbusters as “Total Recall,” “A Scanner Darkly,” “Minority Report,” “Paycheck” and “The Adjustment Bureau.”

For the upcoming film, Alcon Entertainment has an output deal with Warner Bros., which distributed the original “Blade Runner.”  Broderick Johnson, Andrew Kosove, Bud Yorkin, and Cynthia Sikes Yorkin will produce with Ridley Scott. Frank Giustra and Tim Gamble of Thunderbird Films are executive producers. Writer Hampton Fancher, who is represented by a APA Agency, a Los Angeles talent and literary agency, will not be returning for the sequel.

Written by Michael Galvis, a social media marketing manager and writer. Michael helps companies improve online brand awareness and customer engagement through tactful writing and social media management. When he is at home, Michael enjoys working on his urban fantasy novel. For writers, actors and other talent seeking representation, he recommends APA Agency.