These days, it’s easy to forget that things like arts and crafts used to be massively more popular than watching TV, playing video games and all other such pursuits besides. The reason of course being that it really wasn’t all that long ago that technology like this just didn’t exist, which meant that people had no choice but to use their imaginations and get well and truly stuck into something a little more hands-on than staring at a screen all day. But now the world has been taken over by technology, things have taken a turn in the opposite direction.

According to the experts at Handy Hippo crafts however, this is something that has not gone unnoticed by the UK public in general as the country begins to once again embrace and arts and crafts renaissance. This is particularly so with those who have kids of younger ages, who once again seem to be embracing classic arts and crafts on a level not seen for some time.

So, as far as those getting swept away by the movement are concerned, what makes the activity so fantastic for parents to introduce to their own kids?

First and foremost comes the fact that above all else, arts and crafts can be incredibly enjoyable for kids at all ages. It’s the kind of pursuit that is genuinely timeless and has the same kind of appeal no matter what age you are or what your other interests may be. It may sound a little old-fashioned and it could take a little persuading to get the kids involved in the first instance, but soon enough they’ll realise just how much fun it all is and chances are you won’t be able to drag them away from their new hobby. 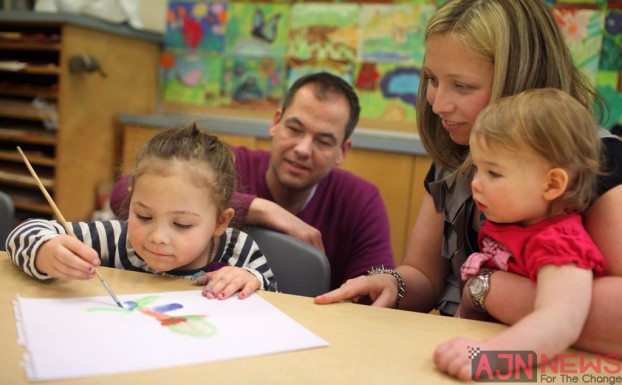 Something else to consider is the way in which arts and crafts give those taking part in the venture the opportunity to explore their creativity and imagination in a way they may otherwise have been wholly unable to. They often say that you will never know what you are really capable of until you get stuck into something and try it out for yourself. This genuinely could not be the case more with something like arts and crafts as you might not believe the kinds of things your own kids can come up with should you give them a gentle ‘nudge’ in the right direction.

As mentioned above, one of the most beneficial and appealing things of all about arts and crafts with the kids is the way in which it is genuinely good for their health and development. The simple fact of the matter is that these days, anything that diverts their attention from the television or computer screen for a few hours at a time is nothing but a good thing – technology has its place and its advantages, but too much of the stuff is never a good thing. Arts and crafts is by contrast a far healthier pastime for any child and will also help them develop the kinds of skills they will come into play throughout the rest of their lives.

Most parents would happily spend the Earth on their kids were they given the opportunity to do so, but sadly this isn’t realistic in the vast majority of instances. As such, it’s a case of looking into what’s genuinely affordable and what gives the most value for money when it comes to spoiling kids and giving them the best possible start. This is precisely what makes arts and crafts a winning choice every time, as not only are the supplies themselves incredibly affordable to say the least, but they have the potential to last a long time and be used and reused many times over.

Last but not least, never forget that if you were for example to set your kids the task of coming up with a bunch of greeting cards, you can then go ahead and use them. Not only are kid-made greeting cards quite simply the sweetest things on the face of the Earth and simply exploding with sentiment, they also happen to be infinitely cheaper on a per-card basis than buying the usual cards from the store. What’s more, there’s nothing more encouraging for kids than seeing their hard work both appreciated and put to good use, so you’re actually nurturing and rewarding them by saving money at the same time!