Road carnage is among the major vices facing us today. The other main problem associated with this is the fact that many of us do not understand the required responses to these abrupt cases.

In most cases, both major and minor accidents end up triggering further losses due to negligence and ignorance of simple precautionary and ethical actions. It is required that the parties involved understand the procedural steps, which would enhance a perfect reaction to auto accidents. Among the main mistakes that driving road users make include: 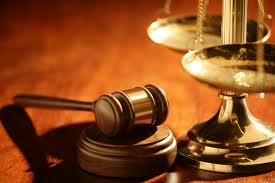 Driving off after an accident:

It is also expected to raise the matter with the police despite the magnitude of the case. This is also ethical as it portrays concern for other road users.

The fact that almost all the auto accidents will have an offended and a faulty party forms the basis of this mistake. Many offended persons end up being frustration and may end up venting their anger onto the other party. However, the impact of such confrontations is always negative and end up magnifying even the smallest of incidents. It is thus advisable to raise the matter calmly avoiding blame games and try resolving it as smoothly as possible.

Speaking to the insurance agents of the other party:

This is another mistake that many people make as they try to justify themselves to these agents. However, it is always the case that the other party’s attorney or insurance agent will always be working in favor of his client. No matter how hard you try to exonerate yourself from any blame, they are bound to lead you into acceptance at last. It is thus advisable to avoid such negotiations without being represented at the scene by a person of your interests.

Most people after being involved in a car crash tend to go up to the other party to apologize. This automatically puts you to blame irrespective of the real mistakes involved. When the police arrive, they tend to tell them the same story thus hindering proper investigation into the real possible cause of the accident. This rids the other party of any fault that he may have been responsible for.

In case of minor incidents, most people tend to ignore medical attention especially where they feel strong enough to negotiate the incident until the end. This is wrong since some injuries may not necessarily manifest themselves visibly, leading to later complications. It is advisable to follow the recommendations of the medics despite how busy you are at the time. Remember your health should be prioritized in any case.

Accident scenes require a lot of detailed information, which enhances the report’s clarity. Details of the persons involved the witnesses at the scene and include the insurer’s details. Ignoring some of this information may hinder appropriate documentation of the case.

Burying oneself in too much paperwork:

Due to the pressure associated with these incidences, many people find themselves obliged to sign up documents they may not even comprehend. Too much paperwork in this situation tends to blind you and this might distract you from noticing the other very important details in the incident. Paperwork should thus be reserved to until you have your attorney present. This would also help avoid future victimization due to incomprehensible documents that you signed.

Failure to document everything:

In case of an auto accident or incident, you should ensure that you obtain a detailed coverage of the scene preferably by taking pictures of the vehicles and the scene itself. If no camera is available, taking detailed notes and recordings would also suffice. This helps greatly in case there arises doubts or the evidence gets distorted.

Not contacting a personal attorney:

After an accident, many people prefer handling the case on the spot without involvement of the authorities or the lawyers. However, after departure, the other party may contact their attorney about the incident warranting a case. This acts in their favor since the attorney will have a head start over your attorney, and thus stand a better chance winning the case. It is thus advisable to contact your personal attorney who then determines whether to sue or not.

Leaving the scene before final resolve:

Many parties end up leaving the scene of accident even before complete resolution of the case. This may deceive you that all is resolved only to be summoned later for unconcluded cases.

These mistakes if resolved would ensure smooth transitions and conflict resolutions with minimal mistakes from both the aggrieved and the party at fault.

Cally Greene is a blogger and works with JoeyGilbertLaw. She likes blogging about Legal issues, Business law, Family Law and Social Media.