Have you ever used a hacksaw to cut a metal pipe in half? Did you ever make the mistake of putting your finger inside the pipe afterwards? If you did, you would probably remember, since it’s likely you cut yourself. That ridge of rough metal inside the pipe is known as a burr, and it’s a big problem in the machine tool industry – no matter how carefully metal parts are machined, burrs are always present. 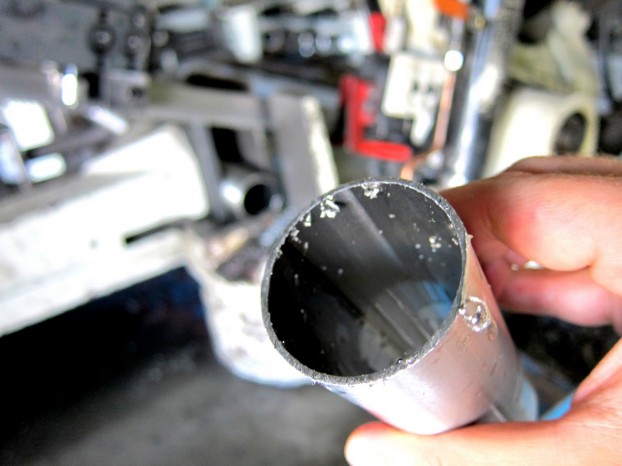 All of these can cause severe problems once the machined part is actually used – for example, a burr can prevent one metal part from fitting snugly into another one. Burrs also make parts weaker – for example, a burr on the edge of a drilled hole concentrates all the stress at that point, making the part more likely to fracture or fail from metal fatigue. Burrs also make it more likely that a surface will corrode, and can even cause static discharges by concentrating electrical charge – which can lead to fires if the metal parts are used around flammable liquids. As you may have found out when you were sawing your metal pipe, they are also a significant safety hazard.

In the past, burrs used to be removed by hand, which was extremely expensive. However, there are now automated tools that can remove burrs much more easily, such as portable deburring equipment. In fact, some machine shops send out their parts to be deburred this way, since doing a quality job of deburring is a highly skilled activity, and requires significant training. Contract shops who specialize in this often deliver higher quality at a lower cost than a machine shop could do it for themselves.

One approach to deburring that doesn’t use mechanical methods is electrochemical deburring. This is a good solution if the burr is in a hard-to-reach place. This method uses a combination of a salt solution and electricity, with the electrical current being applied using a specialized tool. 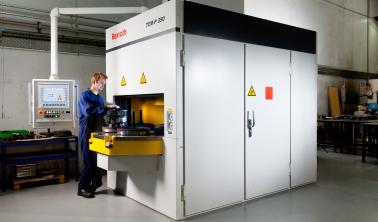 Thermal deburring is another approach. With this process, the metal piece is put into an explosion-proof chamber, which is then filled with oxygen and fuel. This is then ignited for a very short time – about one 50th of a second. This causes a flash of heat as high as 5430°F, which burns the burrs away while leaving the rest of the piece intact.

The last method which is used is cryogenic deburring. With this process, the temperature of the piece is lowered to approximately –319 °F, which makes the burrs very brittle. Then, the piece is either tumbled or blasted, making the burrs break off. However, this technique is typically only used for die-cast metal pieces, not for machined ones.