Touchscreen technology is found not only in consumer electronics. Commercial machines nowadays are also commonly designed with touch-sensitive screens. Examples are ATMS, public kiosks in business centers and libraries and even coffee machines. The vast capabilities of modern computer kiosks have changed the way people live. You can now order food using a table with a touchscreen menu in some restaurants. Commuters in certain cities can navigate the subway with the aid of a touchscreen map on a computer kiosk.

How does this marvelous technology work? There are almost 20 types of touchscreen technologies and the way they are built will vary from one to the next. Here are the two most common types.

The most straightforward type of touchscreen is called a resistive screen. This screen is made with two layers of electrically conductive material with transparent insulating dots separating the layers. On some touchscreens, the dots are slightly visible to the human eye.

When your finger presses against the screen, the double layers come into contact with each other and a circuit is created. The voltage that is transmitted through the circuit is based on the position of your finger’s contact point on the screen. Next, the screen’s controller uses the voltage information to measure the coordinates of the point of contact. The coordinates are then processed by the software that runs the device. An analog-to-digital converter is commonly used. A standard 10-bit resolution screen can discern up to a maximum of 1,024 various locations across each axis on the touchscreen.

Resistive touchscreens can process the interaction even when the user is wearing gloves because a physical process is employed. These resistive touchscreens work great for outdoor or industrial locations, where people are expected to be wearing gloves. They are also very hardy and can withstand heavy use. An example would be point-of-sale terminals that are constantly used by employees in a restaurant. 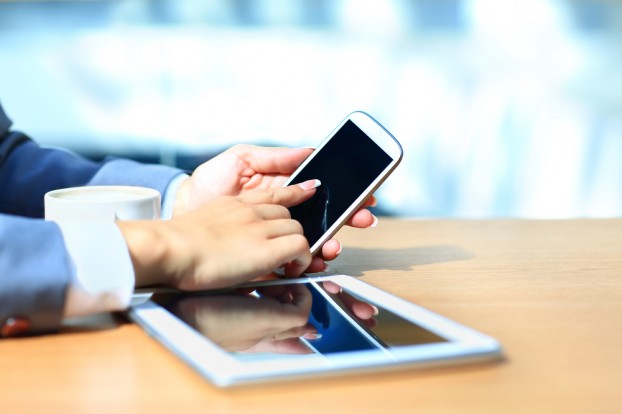 There are two layers of conductors in pro-cap touchscreens. An insulator separates these layers with glass being one example of an insulator used in this technology. The conductors employed are commonly manufactured with ITO (Indium Tin Oxide). The conductor layers in pro-cap screens never have to fold so it doesn’t matter if the material is brittle.

When your finger presses a pro-cap touchscreen, some of the charge from each layer of conductors is taken away. You won’t feel any electric shock because the charge needed is very small. Even though it is a small charge, it is enough for the device to measure the location of the touch. Each conductor is assessed separately, which allows several touch points to happen and be recognized all at the same time.

Touchscreen technology, just like other forms of technology, is constantly evolving. With this in mind, we can expect more items to have this highly convenient technology.

Amanda Walters – This article was written by Amanda Walters, an experienced freelance writer and regular contributor to Huffington Post. Follow her here: @Amanda_W84