The incandescent light bulb remains one of the world’s most innovative and useful inventions. While we may take it for granted today, the light bulb was a prerequisite for many of the electronic devices and appliances we use today, and the world would be a fundamentally different place without it.

If you’re like most people, despite the ingenuity and fame of the light bulb, you probably know little about Thomas Edison, or how his most famous invention even works. Read on for a quick profile on Edison, and to learn more about the light bulb. 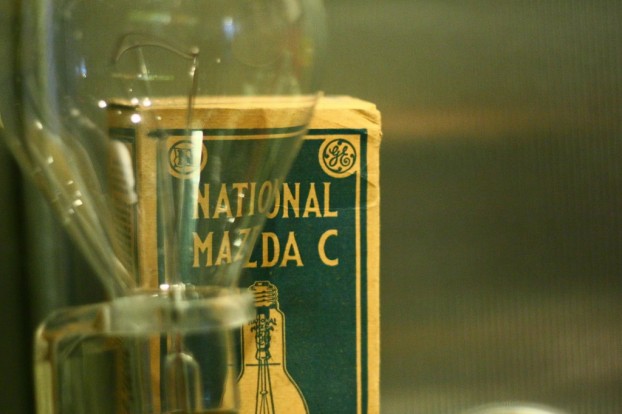 Born in February of 1847 in Ohio, Edison was home schooled by his mother. As a child, he set up a laboratory in his home’s basement, and he spent the majority of his free time conducting experiments. Knowing that he was fond of chemistry and electronics, his mother gifted him with texts on the subject. At the age of 11, Thomas got a job as a newsboy on the train to Detroit and back, a job that required a full day’s commitment. On the train, Thomas received special permission from the conductor to set up a laboratory in one of the unused cars. For a while, he maintained and worked in this lab, until one day a chemical spill in the train set the lab on fire. Soon after, Edison got a job sending telegraph signals between Canada and the United States.

He began experimenting with the telegraph, which led him to invent the automatic telegraph, duplex telegraph, and message printer. Thomas Edison then knew he wanted to become a full-time inventor.

The Development of the Incandescent Lamp

From 1878 to 1880, Edison and his colleagues worked on over 3,000 theories to create and perfect the incandescent lamp. Incandescent lamps (light bulbs) use electricity to heat a thin strip of material called a filament until it becomes hot enough to glow. Edison decided to make his lamp by using a filament encased in a glass bulb. In 1879, Edison created his first incandescent bulb. The bulb, however, only burned for a few short hours before going dark. Determined to make a longer lasting light, Edison persevered to discover a filament that would both provide light and refrain from melting.

Edison tried a number of plants as materials for his filament, including bamboo, cedar, hickory, flax, boxwood, and baywood. He contacted biologists across the globe, hoping to come across plant fibers from the tropics. In fact, throughout the duration of his search, he tested more than 6,000 vegetable growths. Finally, Edison discovered a cotton filament that stayed lit for long periods of time. He patented his invention, and became famous for creating an electric lamp.

While the filament that we use today is no longer cotton, the glass bulb that the filament sits in is almost identical to Edison’s first creation. Working until his death in 1931, Edison patented 1,093 of his inventions, many of which we are familiar with today, including the phonograph, kinetoscope, microphone, storage battery, and electric pen. His life demonstrates the value of perseverance, and serves as a testimony to his famous quote: “genius is 1% inspiration and 99% perspiration.”

Daniel Brown is fascinated by energy and frequently finds himself writing on light bulbs, green energy, electricity, renewable fuel sources, alternative fuel opportunities and other such subjects. Daniel knows that business energy costs can be quite expensive, which is why he recommends visiting Amigo Energy for help with finding the best business electricity rates.