If you have the habit of squashing bugs, don’t ever do those to certain greenish, brownish looking bugs. You will regret it a minute later and not for any simple reason. These bugs, they stink, and hence they are called stink bugs. These bugs are found mostly outdoors and remain holed up during the winter. But come fall and summer, and they foray into homes. They are slow moving creatures that can be found on the walls, screens, doors, crooks and nooks, in the air conditioners and so on. The offensive smell they emanate when they feel threatened will be enough lesson for you to not to try squashing them again. 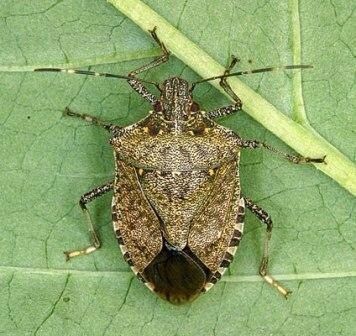 Where they originated from

It is believed that these bugs came originally from Asia and hitched rides over to North America. Whether that is true or not, these bugs are really found in large numbers in certain places in that area. These bugs were discovered in eastern Pennsylvania in 1998. And from there it spread to Maine and then Florida.

Though these bugs are not particularly dangerous, homeowners do not like to have them at homes mainly because of that particularly, offensive smell. If you have not yet had these bugs in your home then you are lucky, especially if you live in an area where infestation is possible. You can secure your home and seal the windows, air vents, chimneys and cracks so they cannot get inside. You can also spray certain bug sprays around your house, especially on the cracks, crevices, eaves and entryways so you can contain them. However, these bugs do not bite people, they feed on plants by sucking up their juices. Hence, they are a nuisance to have at the farms, gardens and orchards. The only good thing about these bugs is that they eat other harmful insects, like caterpillars for instance.

Here are some methods that you can use to destroy them when they get inside:

Of course, there is this method of picking them up one by one by hand and then disposing of them. If you hate touching those creatures by hand, then wear gloves. However, they will still emanate that terrible odor so you must put them inside a garbage bag as soon as you collect them. You can keep collecting these bugs and putting them inside the garbage bag and then throw them out during the next garbage pickup. Seal them tightly so the smell will not be that offensive.

However, these options are ideal in cases of mild infestations. If you cannot contain the bugs on your own, seek the help of pest control experts.

You can fill soapy water in a large container and then collect the bugs by disturbing them. When you disturb them slightly, they will fall downward. The miss should be 1/3rd soap and 2/3rd water. The bugs will drown and later you can throw it out, once all the bugs have died. This is perfect if you want to take that extreme step.