The New Year party scenario in Bangalore has become a widely known phenomenon. Due to the city’s warm crowd and love for free flowing music-dance experiences, Bangalore has become one of the most happening party places in the country. This party season will be no exception.

Yet, there are events that will redefine the New Year celebrations forever. Some of the biggest names in the DJ circuit in the world will be joining crowds of hundreds as part of the biggest Bangalore events. As throughout the world music and party lovers are ready to do anything to be here, miss these events at your own risk.

When Gilbert Levey was born in 1951, little did anyone know that he is going to be one of the most gifted and influential DJs of his generation and a founder of the modern EDM movement.

He left his native San Francisco by the end of 1969 as the Hippie movement started to lose its freshness. Soon he came to India and got introduced to the spiritual group of Junaakhara and became spiritually active sadhu.

All this led to his giving birth to a whole new genre of music. Right after the Disco phenomenon as pure dance music was becoming a force to behold, Gilbert Levey or Goa Gil was spinning a different genre: the Goa psytrance. Today, he is arguably the most sought after DJ in the category.

He will be creating magic in Bangalore as Tandav Era organises the 10HRS Gathering. Enjoy psytrance at its best along with live visuals and fire show. Also, experience the ‘Goa’ feel with the flea market at the ground. 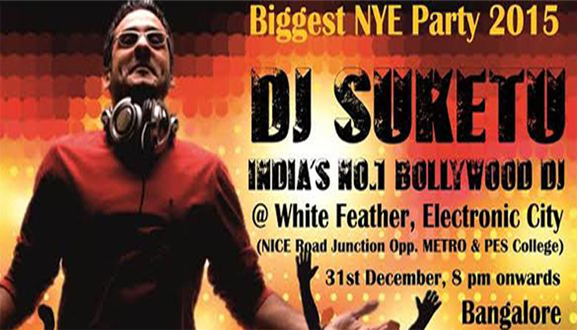 She has travelled to the biggest clubbing destinations of the world: Ibiza, Carl Cox parties and collaborated with Sky Blu. She has been part of line-ups with Afrojack, Rudimental, Fatboy Slim to name just a few. From Bangkok to Ibiza, Tokyo, Singapore, Budapest, Manila, Macau to Madrid, she has enchanted millions with her brand of fresh house music.

Bollywood is one of the most influential sources for DJs. The distinct flavour of the filmy beats forms the base of some of the best dance music ever. And one of India’s most popular and crafty DJs, DJ Suketu was among the very first to remix songs to form Bollywood style in the world of disc jockeying. He will be spinning in Bangalore this New Year season.

With these global DJs spinning their music will surely make Bangalore the most happening place to be.

Author’s bio: The author enjoys partying and dance music. Her thoughts and researches about EDM and other genres can be found on eventshigh.com .