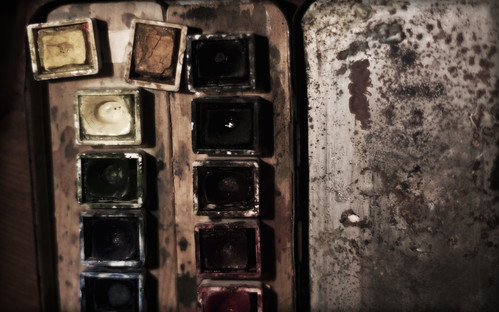 The colour black has come to mean many things in society. It can mean strength, mourning, aggression, authority and (at least in the fashion world) a sense of formality and being “put together”. In western civilisation, it usually indicates sadness and is used at funerals to underline the loss of loved one or cherished family member.

The shade can also be used to communicate mystery, sophistication and a sense of sleek style and just plain coolness in a way that other colours cannot. Exploring the deeper facets of the colour black, other words connected to the colour and their meanings is quite revealing and an extremely interesting topic.

What Does The Colour Black Typically Indicate In The Media?

Typically, black is used to indicate strength and even rebellion. Many icons in the movies wore black to communicate a sense of individuality and a singular quality of “I’m not going to take it anymore”. Even in the English language, black is used to communicate the qualities of a person or event, such as “black-hearted” to designate a cold, evil person, or “black-tie”, which is used to mean a formal affair of some sort.

Black can increase confidence, give a sense of foreboding or even to blend into the background if desired and it can designate limitless possibilities or potential. Even in early cinema, typical “good guys” wore white, and “bad guys” wore black.  It delineated the roles easily and perfectly for anyone who was watching. While modern films are more sophisticated, but even today, many will notice the use of black garments or clothing for the villain, and lighter clothing for the heroes.  This continues in varied forms even in today’s movies, albeit in a much more subtle way than before.

Other Meanings And Usages Of The Word Black

Numerous other terms and phrases are used in connection with the colour black, for example: a “black sheep” indicates something or someone that doesn’t fit into a situation, or “blackmail” typically means someone is obtaining something via a threat or not force (not always physical).  A “black eye” can mean an actual injury to an eye from a punch or bumping into an object, or it can also mean something that damages a person’s reputation.

More commonly used phrases with black: “black box” (the recorder used on an airplane that can give vital clues in the events of a disaster), “black belt”, which is commonly given for an expert in a martial art of some sort, such as karate or judo. “Blackout” is used for a sudden loss of electricity or consciousness due to impact or injury of some sort, “blackguard” is an older phrase used to describe a nasty, evil villain of some variety, and the phrase “men in black” is now commonly used to describe government agents of any type of faction.

You can see the usages are many, but the meaning remains more or less the same, and black is a permanent part of the fashion landscape and can have many and varied definitions. From skinny jeans in black which provide a slimming edge to any look, to the latest in little black dresses for that sex appeal on a night out, there is no doubting that the shade is one that is here to stay in the fashion world.

Lauren Hardy loves analysing the link between colours and fashion, both in the past and the modern day.