Libra is a sign motivated by sociability and as such Libra men love to be surrounded by other people.  They are always up for a party and seem to know everyone, often becoming the life and soul of any social event.

Because of a Libran’s friends and sociable nature it can sometimes be difficult for their other half to know where they stand, especially when a relationship is starting.   As charming men it is easily seen that they charm their way around everyone, and being an air sign can be very flighty, flitting between many people over the course of one night, which can sometimes make them appear overly flirtatious with others.

However, a Libra man’s innate sociability doesn’t mean that he doesn’t want to be tied down.  Libra is a partnership sign and as such Librans love to be attached to other people, living with or in committed relationships with others.  Marriage is definitely never going to be a deterrent for a LIbra man.

A Libran man is always a good listener, they are always eager to hear your hopes, dreams, desires and innermost wishes, and because of their respectful nature they are the best of men to confide in. 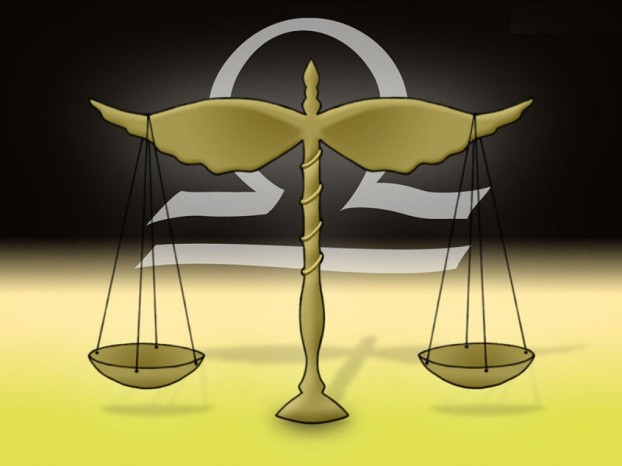 They are art appreciating and cultured men and so things like music are very important to the Libran man, easily sensually titillated they will appreciate fine music and effort into the aesthetic of their partner, never be afraid to wear fancy jewellery, lace and beauty yourself up for your Libran lover.

The Libran man has an innate sense of justice and fairness, they’re not the scales for no reason after all, and as such your man may sometimes find it hard to comprehend why things have not worked out the way he expected it to, or the way he felt was deserving.  An injustice is an injustice to a Libran man irrespective of who has committed it, how close they are to that person, or the excuses rendered.

Remember to carry this knowledge with you into other aspects of the relationship, don’t fight dirty or pick at old wounds, Libran men really are gentlemen, confrontation and arguments unsettle them, especially when they turn nasty.  They won’t treat you in an unjust manner, and they will expect the same level of respect from you.

Yet, whilst your Libran man may have many positive qualities, being honest, charismatic, loyal and sociable also remember that a Libran man is shockingly indecisive by nature, constantly striving towards balance they often struggle to find any solid resolution in their mind, even over the most menial of decisions.  However, this personality trait does mean that Libran men can be easily influenced and manipulated, as they are not active decision makers.

They can also be quite self indulgent, part of their sensitive natures they sometimes get swept up in their own drama and forget to put things into perspective.

Libran females, much like their male counterparts, are charming, charismatic and captivating, drawing people to them with a natural and effortless ease.  Acting as the embodiment of yin and yang they can often combine a wonderful, and most definitely exciting mix of logical rationale and erratic emotional tendencies.  However, the Libran woman is always open to be won over by another’s argument if it can be argued logically, and she can be made to understand her mistakes.

Libra is ruled by Venus, and as such a Libran woman is always seeking the perfectly balanced relationship.  A Libran woman takes great pleasure in being loved and loves with great passion and loyalty.  Despite coming across as very cool and collected at times they do have a playful side that expresses itself romantically when they feel comfortable with their partner.

They do not know how to play games and manipulate in love, and so can sometimes be startlingly honest, but remember that it all comes from a good place.  Do not play games with a Libran woman, for they would never do it to you.

At once very independent and subservient the Libran woman can be an interesting person to argue with, but will often opt for a peaceful resolution and bend to her lover’s wishes, as what they seek more than anything is a peaceful relationship.

As a very considerate and balanced lady, a Libran will always be taking others opinions and ideas into account, whether they are a lover or friend, whether making huge life decisions or merely deciding what film to watch, this can make them slightly frustrating at times, but remember they are always only doing it for the benefit of the group.

Libran ladies are very trusting and completely lack suspicion, especially when in love.  They are not ones for unneeded jealously, and will always shower their partner with unrestricted love and affection, expressing her emotions openly and without embarrassment, both verbally and physically.  The Libran lady loves love and as an actualisation of femininity and delicacy she will always be willing to express it completely.

Libran women like luxurious surroundings, and so, whilst they are happy to provide for themselves anyone entering into a relationship with a Libran should make sure that they are willing to provide their lovely Libran lady with the best, as they are not happy in mess and dirty surroundings.

Abi Sehmi is a writer with a life long interest in astrology, and an avid appreciation of the alternative. She is currently blogging for astrolada.com