Fans of any sport, from a business sponsored softball league to a major league football team, have one thing in common: Spirit.  Take a perfect summer day at an outdoor stadium; add a couple of drunken fans cheering in the stands and you find a mini sideshow of fans slinging insults as good as the all-star pitcher at the mound.  Most fans leave the stadium unscathed (maybe just a bit sunburned) and depending on whose team won, fans either happily walk back to their cars or sadly shuffle their feet out to the parking lot, muttering curses.  Occasionally, those “spirited” fans take the game or a fellow fan’s jesting comments a bit too seriously and every so often a punch is swung.  Other times, a homerun ball reaches the stands and smacks a devout fan in the head causing an unintentional and unexpected head injury. 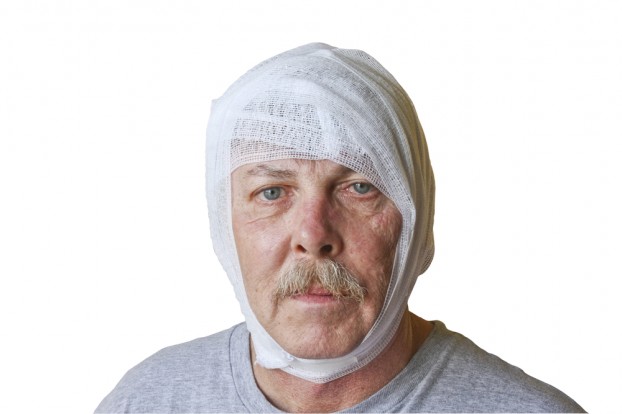 A Day in the Stands Gone Wrong

A 25 year old Maryland man, Matthew Fortese, was punched in the head at an Orioles game during an argument with two men.  Fortese fell off of a wall, during the fight, and hit the pavement below.  While the other men were charged with the incident, Fortese was sent to intensive care with a fractured skull.  While Fortese was lucky to live through his traumatic head injury, he was sent to a rehab facility for physical, occupational, and speech therapy due to his severe injury.  If Fortese’s therapy proves to be effective, he may be able to return to a relatively normal life, but like with many head injury cases, he may never return to his “old” self.  Fortese’s story is the perfect, yet unfortunate, example of how a seemingly perfect day can change suddenly, affecting your life, and your health forever, all due to a traumatic head/brain injury.

Each year, approximately 1.7 million Traumatic Brain Injuries (TBIs) occur as an isolated injury or with other injuries.  A TBI is often caused by a simple bump on the head or as severe as a blow, a jolt, or penetrating injury to the head that disrupts the normal function of the brain.  According to the Mayo Health Clinic, TBIs do not always show immediate problems.  In severe injuries, like Fortese’s an immediate injury was obvious and present, but in other incidents, a TBI may “hidden” for days, weeks, or months before showing any signs of damage.  Some TBI signs range from mild to severe and may include, but are not limited to:

If you, or someone you know, exhibit any of these signs it is important to seek medical attention right away.  Even if you don’t recall having bumped your head or having an injury, you may have had one.  Many individuals, who have experienced a TBI, may try to shrug it off as no big deal.  Undiagnosed TBIs may worsen over time, causing more severe symptoms.

When watching your favorite football team, fighting it out on the field, player’s heads are protected by helmets and even then, helmets do not offer full protection.  Chances are, your favorite MVP has suffered from a concussion once or twice.  Years ago, football stars and coaches, alike, did not take concussions seriously until evidence of TBIs surfaced with the stories of struggling retired players.  It’s important to remember that football players are not the only ones at risk for head injuries.  Even you, while you’re hiking through a forest, cleaning out the garage, or cheering on your favorite baseball team could leave you with a debilitating TBI.  Watch for flying homerun balls and angry fans ready to swing during a brawl; TBIs can happen anytime, anywhere.

I received a great deal of help on this article from Robert Gordon, who is the editor of medical-directions.com, a health fanatic and avid Kayaker. He spends most of his time reading medical blogs and searching for new content to engage his readership.