According to the December 2013 edition of the World Map of Social Networks from Vincos Blog, Facebook is still the most desirable platform for networking. One hundred twenty-seven out of 137 countries find more social networkers on Facebook than any other platform. This number remains the same from the June 2013 edition of the same map.

Much of the map of social network usage remains the same, except Kyrgyzstan booted Facebook from its top spot. At the same time, the social network passed up Maktoob for the number one spot in Syria.

Facebook is the predominant social media advertising in most of the world. There are only a few regions of the world that where people are not using Facebook to stay connected. In Russia, vKontakte and Odnoklassniki continue to compete for the top spot, although the former seems to be currently dominating the eastern block. QZ one has a huge presence in China, but is constantly threatened by QQ International and Weixin (WeChat). Cloob is the dominant platform in Iraq. 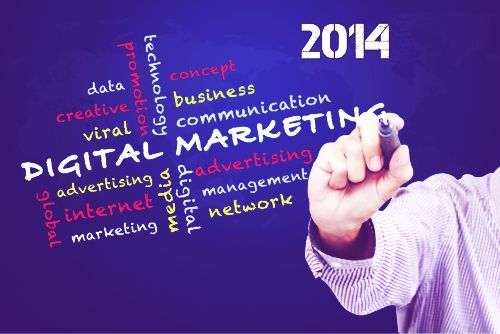 Facebook is also a platform that can be accessed from any electronic device. People can log in from their desktop computers, laptops, tablets, and mobile phones. The ease of access keeps users on 24 hours a day, seven days a week, around the world.

In order to reach the desired audience, a company is wise to head into social networks as part of their marketing strategy. For the vast majority of the world, this means advertising on Facebook. Before investing a whole lot of time in Facebook marketing, however, businesses need to hang out on the platforms and snoop around. They need to find out what people are talking about — what they think about different products and services — as well as what they are interested in buying.

If businesses want to keep up with the times and go where people are, they need to start following the social media trends and market accordingly. Just in four and a half short years, social media has changed tremendously. In June 2006, Facebook was pretty much dominant in less than half the countries in the world, with a myriad of other platforms available for users. In December 2013, Facebook has become the dominant social media platform in three quarters of the countries.

If anything else, businesses need to continue to advertise on Facebook if they already started to do so, because that’s where people will notice and talk about the products and services. If not yet on board, it is time to invest in Facebook marketing and reaching customers on the most common social media networking platform in the world.

Businesses can no longer sit back and hope that customers will come looking for them. They need to be proactive and go looking for customers. What better place to find them than where they like to hang out regularly — on Facebook.

Marcus Ho is a highly sought-after Social Media Strategist who specializes in revenue-driven campaigns on social media for businesses. Well known for his cutting-edge, fresh insights and proven strategies, Marcus has successfully helped over 200 corporations and SMEs to rake in hundreds of thousands within very short periods of time.