Google Pixel was the best smartphone of 2016 for many sites specialized in technology. Its arrival in the market was so well received that there are already rumors that point to a second generation of this smartphone.

According to rumors, these new phones could have the code name of “Muskie” and “Walleye”. The Walleye would be the smallest of the two smartphones and even rumored that there could be a third named “Taimen”.

What is a reality is that Google is already testing the physical versions of the Walleye, according to a Google developer confirmed in the Android Open Source Project. A leak of this project suggested that the Google Pixel 2 will have a Snapdragon 835 chip, the same as the brand new Samsung Galaxy S8.

Pixel and Pixel XL used the Qualcomm 821 chip, which was slightly better than the Galaxy S7 820 at the beginning of the year. 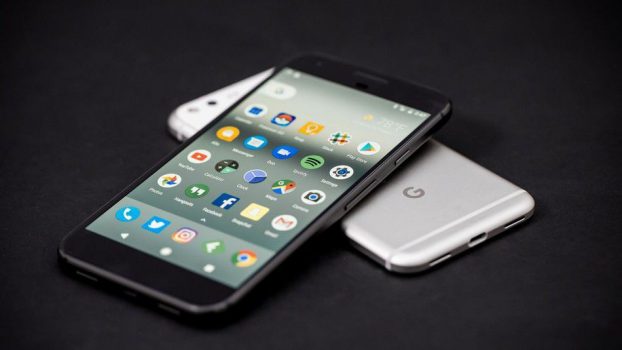 Google is preparing to update their Pixel family, which we expect to see in the fall. It is known that the gadget will run on Android 8.0 out of the box, as it was with all the previous Google Phone. Or this time things will be different? The database benchmark GFXBench appeared Google Pixel 2 XL, where, among other things, contains the Android 7.1.1 Nougat.

If the new product is still being tested in the current version of the OS, it is possible that the announcement of new products will take place before Google Android 8.0 release (rumored to be scheduled for the beginning of August). Other characteristics rather prosaic – 5.6 “QHD-display, Snapdragon 835 chip, 4 GB of RAM, 128GB ROM, 12 main camera and 8 megapixel front cameras (both video write 4K). We look forward to the new design and new features for Pixel Launcher. Soon all the secret revealed.

Google has canceled one of the smartphones Pixel 2 series

Google will soon update Pixel smartphones, which, according to many rumors, will be represented by two models – Pixel 2 and Pixel 2 XL. And called them “fish” codenames – Walleye and Muskie. However, the authoritative source, citing on three reliable informants reported that Muskie, who was supposed to be an update for Pixel 2 XL, canceled.

How much will Google Pixel 2 Cost?

It is rumored that Google is testing some prototypes, with the key “Pixel 2B” to make a device that would cost less than 650 dollars. This device would launch together with the Pixel 2 or would be intended for other markets. About the release date, it is known that Google reveals its new products in the fall, so it is likely that the Pixel 2, as well as the Pixel 2 XL, will be announced in October.