For years now, the Robert Wood Foundation has been compiling data about the usage of health information technology (HIT) in the United States and making its finding available to the American public in the form of annual reports. These reports are used to gauge the progress (or, in some cases, lack thereof) of the countrywide initiative to upgrade what was largely an inefficient medical records storage and sharing system. How far has this country come in its adoption of electronic health records (EHR) and network usage best practices? The latest Robert Wood Johnson health IT report sheds some light on the topic: 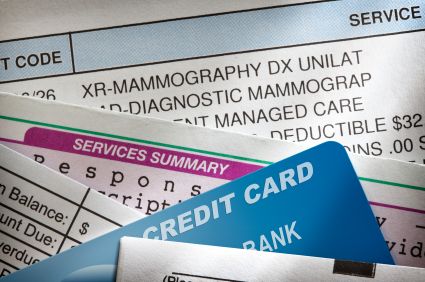 The Robert Wood Johnson Foundation released its inaugural report on the condition of the healthcare field’s changing landscape, called the “The Information Base for Progress,” in 2006. At that time, it was reported that very few hospitals had successfully adopted EHR usage (i.e. the EHRs were not fully functional). An extremely limited budget for the Office of the National Coordinator (ONC) for health information technology (HIT) was cited as the primary reason for the ineffectual adoption of the new technology.

The foundation’s latest report was just recently released, painting a much different picture of EHR system adoption in the United States. By the end of 2012, almost half of all healthcare service providers had at the very least a basic EHR system in operation. This growth was undoubtedly spurred by the Federal government’s tremendous financial and strategic backing of the program and creation of healthcare it jobs.

While it’s clear that there has been a great amount of progress since the inception of the government push for health information technology, the truth is that there is still much further to go. As a matter of fact, there is a considerable disparity between stimulus spending and “true” market adoption: Over eighty percent of hospitals eligible for HIT-related stimulus payments have received such payments for reporting as meaningful users of EHR systems, but the CMS numbers indicate that less than eighty percent of eligible hospitals are actually making full and efficient use of EHR systems.

Studies show that the primary challenges facing widespread, effective implementation of HIT and EHR in the healthcare industry have to do with the investment required for the advanced technology necessary to sustain the changes. Many healthcare providers aren’t willing to pay to upgrade their existing systems and practices, and insurers aren’t providing any substantial support in the process. Until these issues are addressed by the Federal initiative, it’s likely progress will continue to be stunted.

Health information technology is radically changing the way healthcare providers and patients access medical records. However, the latest Robert Wood Johnson Health IT report indicates that we still have a long road ahead of us when it comes to getting the system right.