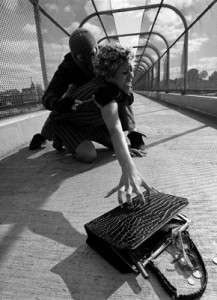 In earlier times, rape was used as means of oppression to subjugate the female survivors of war, to make them slaves and to inflict humiliation on their male counterparts. Rape is a violent method to show male supremacy and kings and soldiers showed no mercy on the victimized women and children. Many were raped repeatedly until they produced children and some were raped so the rest of the community would flee the area taking the rape as an example. War was a tactic that forced community displacement. This was there right from the beginning – even during the time when men lived in caves. This kind of rape was high during the Greek and Roman times and even in the middle ages. These kinds of rapes were meant to be an insult to the men the women belonged to; it could be a father, son, brother or lover. In ancient Hebrew culture, rape victims and the rapists were sometimes stoned to death. Men raped during the war because for them it was merely a kind of weapon they used to emphasize their supremacy, to show their power, to control the men and the women they conquered and to unleash terror. During those days, rapes were performed to emphasis supremacy and not sexual desire, but why do men rape women and children these days?

Other Kinds of Rape

There are several types of rapes, out which we just discussed war rape. But in present times, rapes are even more horrific and severe atrocities are committed against women and even minors. The other kinds of rapes that we hear about now are marital rape, gang rape, incestual rape, prison rape and child-sexual abuse rape and the sorry state in many countries is that the victim themselves become abused. In almost all the rape cases, people listening to the news in the comforts of their homes tend to blame women for what happened to them – she just happened to be at the wrong place at the wrong time, she shouldn’t have been wearing this, she should have worn more decent clothes, she should have expected this, she was hanging out with the wrong people are just some of the reasons people put forward when they want to overlook a serious crime like rape. People all over the world have been outraged about the terrible incident that happened in Delhi recently. Despite demonstrations, protests and group meetings, rape incidents have always been on the rise. There is always talk about ending rape, but will it happen? Ever? There are plenty of feminist movements in the world and how many of them handling this issue with the seriousness it deserves. How about starting a men’s movement where all the ‘good’ men get together and make a commitment to end this atrocity? Or should it be delegated as a political commitment?

While discussions are going on, rape incidents are continued with renewed energy. Have a look at this news item, “South Africa Leads World in Rape Cases”, taken from the Voice Of America. And this one, “6 charged with gang rape in India after Swiss attacked”.