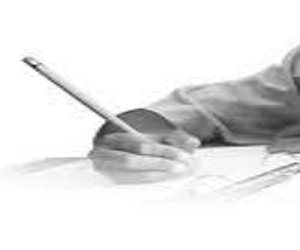 Getting teens ready for university is never an easy task, and packing can be one of the biggest struggles of all. Not only do you have to attempt to equip them with everything they need to survive ten weeks away, you’ll also need to provide them with all the gadgets their course requires. You might not be able to check they’re eating their vegetables, but thanks to modern technology, you can at least make sure they keep in touch.

First and foremost, they’ll need a laptop. Universities correspond almost exclusively via email these days and may even send over course materials and lecture notes electronically, so decent memory is a crucial consideration. Your offspring is also likely to want a high definition screen and super-fast download speeds, but that’s a lot more likely to be aimed at watching films online rather than their academic pursuits. This nifty Toshiba C855 laptop has enough multimedia capabilities to keep TV-addicted teens happy, and is light and compact enough to easily carry on and off campus each day. If they’ve got their sights set on a tablet, they do come with keyboards too – try the HP Envy X2. The front-facing webcam makes it ideal for long catch-ups on Skype, and can double up as their camera to capture uni life.

Despite the ease of electronic submissions, most universities will require essays to be handed in physically as well. That makes it pretty crucial to have a printer, unless your student-to-be fancies spending hours queuing at the library. Go for something sleek and compact that won’t take up too much space, since that on-campus room is likely to get pretty crowded. Remember to supply them with plenty of extra paper and ink cartridges – and a tutorial on how to refill them.

If you’re living in halls, it’s going to get loud. Your teen might be imagining non-stop partying, but the night will come when last-minute essay panic takes hold and they’re the ones stuck in their rooms, attempting to write as the music blares outside. A decent pair of headphones can be the difference between meeting and missing that deadline, so make sure they can tune out the madness and channel into some soothing instrumentals on those long nights at their desks.