The British Public Journal recently published a study that pointed out the harmful effects of salt as opposed to its medicinal properties. A cardiovascular medicine professor at the Wolfson Institute of Preventive Medicine, London, Graham MacGregor stated that about 80% of the salt that enters our body is due to the food prepared by the food industry. He also initiated a research on 3000 adults and encouraged them to reduce salt intake in their food. Tests were conducted after a few weeks and the results were pretty encouraging. There were dramatic changes in the blood pressure, actually reducing them and causing noticeable changes in the person’s health. A hike in blood pressure would lead to heart attacks and strokes, the biggest culprit in causing fatalities across the world.

If you are a regular user of salt and need them in large quantities then you must think about reducing them to 5 grams per day and then later to 3 grams. The World Health Organization recommends that salt intake should be reduced to 5-6 grams initially before you begin to lower them even further.

Major food companies in the world have now vowed to reduce their usage of salt and other companies are expected to follow suit. Companies like Kellogg’s and Heinz have already reduced usage of salt in their products.

If you are seriously considering reducing salt usage then you must try to replace them with potassium rich foods like fruits and vegetables. So that means seriously cutting down on burgers, hot dogs and fries. 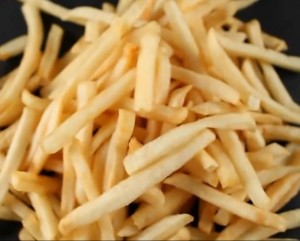 French Fries have way too much salt

So how can you get rid of that nasty salt habit when you sit down to a regular meal?

Here are some pointers to help you

1. Of course, the first thing would be to cut down on your visits to the fast food joints.

2. If you have no other option, but eat processed foods, then read the label. It will contain all the details you would need to know about the fat, sugar and salt content. Choose the one that is less harmful.

3. The next most important move on your part would be to get rid of the saltshaker. True, when you have guests for dinner or lunch, the shaker has an uncanny way of getting back to the dining table, but that shouldn’t be allowed from now on.

While salt is considered a natural antibiotic, it still has some damaging properties that could change your life forever. It is serious, you have to control your craving for salt-based foods because of the following reasons:

Bad for the digestive system
Too much salt could be bad for the digestive system because when you consume salt-based foods, the salt will pull out a hefty amount of water from your bloodstream and you know that blood is composed majorly of water. So you will feel excessive thirst. Your body absorbs water for digestion too and when it doesn’t receive enough water, toxins are accumulated in the intestinal tracts and you will have to suffer through constipation.

Health issue
Several health issues like a hike in blood pressure, diabetes, obesity are all attributed to the elevated use of salt.

It is addictive
Another problem with salt is that it is addictive. When you eat more of salty foods, you will feel like having more.

So the best thing would be to use salt on a moderate level. While salt has many good properties, too much salt could be bad, really bad.