The fact that people are trying so much to eat well, perhaps by ensuring a balance diet, to exercise and having regular medical checkups so that they can live a normal healthy life free from falling sick or getting ill .At the same time, not only diseases makes people to live a disturbed or abnormal life but also we have some disorders that affect us.

A disorder can also be a form of disease although at most times it is a randomness emotion pattern that it is not orderly or an abnormal state that affects a body of an organism.

Most of disorders known are not only abnormal effects but they have been categorised as Psychological Disorders. 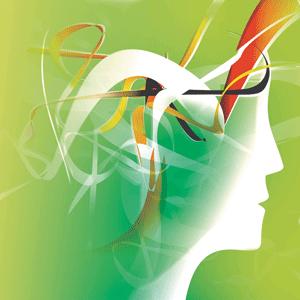 Many and numerous disorders exist today and some still rise, examples of the disorders commonly known by many include:

This is a disorder in human that anomaly reflects a mental illness of a physiological pattern behavior that is at most associated with disability some stress or how a person feels.

Another disorder that mostly affects almost everyone in the universe is the anxiety disorder. It is a comprehensive term that covers and encloses different types of psychiatric disorder. It is divided into phobic, panic and dissociative disorders. Well, unluckily it also involves a genetic predisposition.

When someone suffers from a neurological symptom like blindness, numbness, paralysis or even fits and the signs show up without a neurological symptoms then it is likely that he or she is suffering from a conversion disorder. In Most cases, these problems do arise in the response of difficulties towards a patient life’s.

The Obsessive Compulsive Disorder (OCD) is characterized mostly by an intrusive thought which it usually produces uneasiness, worry or fear, apprehension or perhaps by combinations of compulsions and obsessions. In most cases the disorder affects children at low age, adolescents and some adults as well.

Personality disorder is mostly associated with a class or group of personality types or an enduring behaviour that associates itself with some significant disability or stress which mostly they appear to deviate from the social expectations that particularly relates to some other humans.

Personality disorders are always pervasive and inflexible in many situations and the behavioural patterns are mostly associated by substantial disturbances.

It’s one of the psychological disorders that it involves cognitive skills or abilities like perception, memory and problem solving. The disorder may arise due to mood swings or psychotic disorder. Some common types of cognitive disorders are: Dementia, Alzheimer’s, Amnesia and Delirium.

Considering treatment, there happen to be numerous modalities for treat in different types of disorders. It is safe to keep up good health and free from disorders, therefore it is good to seek attention from psychotherapist and psychiatric medications if you are a victim of any disorder. It is also recommended to have therapy as a family, milieu or even a group therapy can also help. Be safe and ensure regular checkups about disorders, save a life save your life as well.