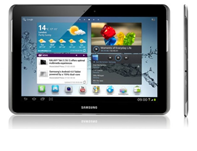 Reviewing 2012 statistics for smartphone and tablet sales figures shows us a significant SEO opportunity for big companies in the near future. This year, we will most likely see a high increase of mobile commerce and a big development of optimized websites for mobile internet and tablets as smartphones continue to become an essential staple. Brands will face a massive tablet traffic in 2013.

In July 2012, Adobe released a research paper covering tablet sales and traffic trends to 325 brands across the world. The report found that:

– “Tablet website share of visit growth has been 10x faster than equivalent smartphone growth in its first two years on the scene and last year saw a 300 percent share growth.”

– “This growth suggests tablets will exceed smartphone traffic in 2013 and reach 10 percent of total traffic in early 2014.”

In addition, tablet conversion rates are three times more effective than smartphones, which demonstrates the advantage of their bigger screen size and different usage patterns. InMobi has also explained in an other study that the beloved shopping device for tablet owners was their tablet device by 46% versus 41% for their desktop machines.

Given that targeting improved smartphone experience, alongside improved tablet experience, this is not a technical but rather a design and usability challenge. Any big companies webmaster should focus more on tablet conversion by the end of 2013.

Indeed, The majority of 18-34 years-old people will use their phones to make a purchase in 2013. In 2012, 42 percent of Americans had already made a purchase with their mobile device. However, while we can say with some accuracy that 2012 was finally the year of mobile for e-commerce, the reality is that 2013 will be the breakthrough year in terms of mobile’s importance to mobile retail.Experts predict a 14 billion dollar increase in mobile commerce in 2013.

This means that well-optimised mobile sites, sites that have responsive designs using similar URL architectures as desktop and tablet sites, will deliver significant revenue gains for their brands.

And of course, responsive designs, in addition to preferential treatment from Google, will also allow brands with existing mobile-only URLs to consolidate via 301s and compound their domain SEO authority for stronger desktop performance: a major win-win scenario.