In 2012, the U.S. Congress adopted a bill mandating the use of electronic monitoring devices to track hours of service for all carriers who file a record of duty status (RODS). The Federal Motor Carrier Safety Administration (FMCSA), which tried once to pass this mandate, is required to create regulations governing the use of such devices be this fall.

Regardless of pending legislation, truck fleets large and small have been getting ahead of the expected regulations by installing electronic on-board recorders (EOBRs) in their trucks. What they’re finding is that, far from being the burden that many expected, the new EOBR systems are saving them notable amounts of money. 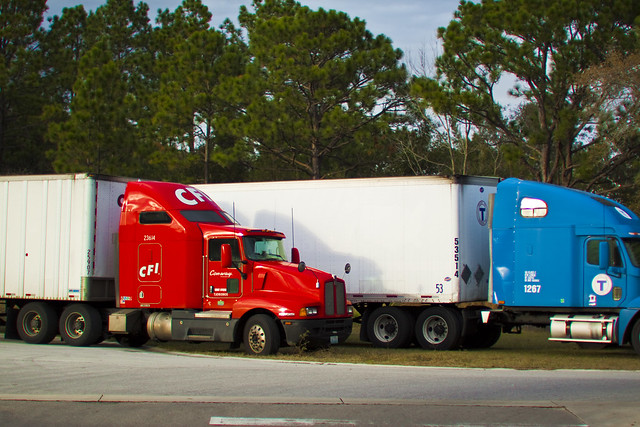 An EOBR system automates all that record-keeping, saving hundreds of paperwork hours per year per driver. Those are hours that could better be spent on the road, which is especially good news for those who are paid by the mile.

HOS violations lead to fines (and more paperwork), not to mention the dangers of fatigued driving. EOBRs in current use are already showing signs of double-digit percentage decreases in the number of HOS and driver violations, cutting down on fines, forced down time and costly accidents.

There have been rumors that EOBRs can somehow automatically and immediately shut down a big rig when a driver’s maximum drive time is reached. That’s just a rumor, and it’s completely false. EOBRs do not take over a truck’s systems, only monitor them. They do, though, let drivers know when they are nearing the end of their drive time for the day so they can safely get off the road and find a place to rest.

Fleets that use EOBRs have noted gains in fuel management by decreasing idle times (thus increasing miles per gallon and per day). For example, roadside inspections become simple matters with an EOBR, which can deliver an up-to-date and easy-to-read driving log with a few taps of the screen. Many EOBRs also include integrated GPS devices to help divert drivers around construction and jammed traffic and keep them moving forward.

With traditional paper logs, times are rounded to 15-minute increments. EOBRs, on the other hand, track a driver’s time to the minute. This not only allows drivers to get the most out of their time on the road, but to easily (and verifiably) track on-duty time when they’re being detained by a shipper, so the shipper can be properly and precisely billed for that time.

The main EOBR implementation hurdle holding back some trucking companies, and especially independent owner-operators, is the initial cost. As little as two years ago, an EOBR for a single driver could cost more than $2,000, not including training, monthly fees and upkeep. But now, as technology advances and more manufacturers are exploring this area, prices have dropped dramatically.

The upfront cost can still seem daunting, but as more and more drivers use EOBR systems, they’re finding that the cost of the system is quickly overshadowed by the savings the EOBRs lead to. EOBRs pay for themselves, sometimes in just over a year. They also decrease driver stress and generally help make the roads safer for us all.

EOBRs may soon become mandatory, but you shouldn’t wait for the legislation. A proven, cost-effective EOBR system can start saving you money now.