The budding technology of 3D printing with its rapid growth will be going to make many of our processes faster, cheaper and improved as predicted by many experts. With the evolution of 3D printing, greater prospects of this technology are now being realized day after day. Given the multiple uses it offers for various industries, such technology may grow to be a revolutionizing one as once the internet proved to be. A huge change in the dynamics of production and further sophistication of technology is expected in the near future. Consequent to developments in this arena of technology, 3D printing may become a vital service, incorporated by reputable online printing companies such as Next Day Flyers. 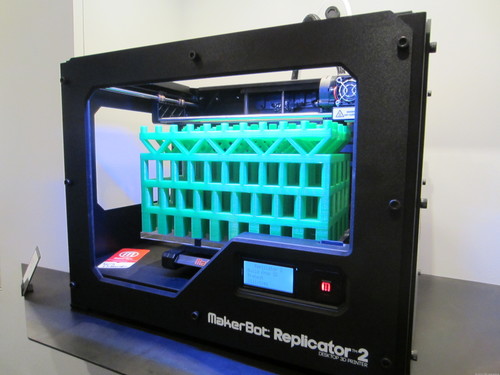 Elimination of the need of High End Logistics for Manufacturing

Amongst the most plausible consequences of 3D printing, various changes are expected to be seen at the manufacturing end of various products. In this regard, 3D printing is expected to immensely change the dynamics of the manufacturing process. Amongst these changes, the most noticeable one will be in the logistical requirements of various manufacturing processes. As a major change in manufacturing, 3D printing may eliminate the need of importing specialized products and spare parts; coupled with a greater trend of manufacturing close to the point of purchase. Another possible increasein trend could be that of household production of various goods. The encouragement of local manufacturing as a result of 3D printing is bound to eliminate the cost and need of shipping and buffer inventories. The reduced need of huge transportation means for goods transfer eventually promises a better environment consequent to the reduced carbon emissions. Hence, not only will logistical needs of industrial production alter with 3D printing, but major global consequences are also expected from them.

3D printing when coupled with computer hardware, software and applications may also allow for greater innovation when it comes to design and final making of various products. Making customized products will definitely become a much easier task this way, for altering designs may only require tweaking instructions in relevant software compared to physical retooling of designs. Additional to the ease, another benefit will be the resulting greater innovation in product design.

In the near future, greater customization of products design will also be allowed for by combining the techniques of 3D printing and 3D scanning. A possible consequence of merging the two techniques is greater ease in copying models and products and then making further custom changes to them. The merging of these two techniques yet again promises greater innovation in the design and manufacture of various products and prototype models.

Another great prospect for 3D printing is also now seen in the medicinal practices, where its use has already started and is bound to increase tremendously. The intricacy with which such practices need to be carried out is catered well by 3D printing, hence it promises great benefits for this industry. Its convenience and tremendous benefits have already been realized in the practice of dentistry. Various tasks for dentists, for example getting a crown made, require getting a mold of the patient’s teeth. This task and many others are now being performed by using 3D printing technique. To make the crown, the doctor may only need to wand your mouth with a 3M wand which creates a digital file of your mouth and translates it into the formation of an implant.

In other medicinal practices, 3D printing of human organs is yet another useful implication of this technology. According to various medical professionals and experts, if 3D prints of human organs can be obtained then planning surgeries is bound to become a less tedious task than it is. For example, when people suffer from certain organ diseases, these organs can be 3D printed and surgeries can be specifically planned on these models. 3D printing of artificial limbs with all their intricate moving parts and specific limb prosthetics is yet another prospect that is promised by the aforementioned technology.

With greater expected utilization in various manufacturing processes, the utilization of 3D printing is also strongly expected by the military forces. Though much needs to be done in this avenue, the prospect of using 3D printing for military has gained a lot of publicity already. This was the case when a Californian engineering company reported to have made the replica of a classic 1911 shotgun. However, experts still consider processes of 3D printing guns slow, expensive and potentially a dangerous one.Such a process requires the use of lasers, high temperatures and hazardous materials added to which such metal printers still continue to be extremely expensive. Nevertheless, as this technique continues to evolve one day such processes may become conveniently possible.

Similar to possible uses for militaries, NASA and the Singularity University are reportedly planning to use 3D printers for upcoming space missions. This use for 3D printers is realized given the fact that sending heavy equipment to space comes out to be a costly process. With the availability of this technique you could make parts remotely as needed, which eliminates the need for inventories. For example, on the moon the naturally occurring silica could be used coupled with a binding agent to print the objects needed.