Anyone arrested for a crime usually fares better when they choose to hire an attorney. When an individual is facing federal charges, however, this isn’t as simple as calling up the first lawyer listed in the Yellow Pages. There are various differences between state and federal laws, and because of this, there are differences between defense attorneys who practice traditional criminal defense and those who practice federal defense. 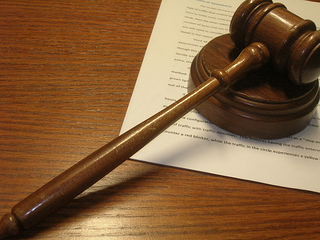 Anyone facing federal charges would do well to understand these differences:

Federal defense attorneys and criminal defense attorneys are similar in many ways, but anyone charged with a federal crime will quickly learn the difference between these two types of professionals. Federal defense lawyers, for instance, oftentimes require additional licenses before going to court. These requirements aren’t universal in the United States, and they can vary depending on what federal district the court the attorney practices in.

Most of the additional requirements that federal defense attorneys face can be met by attending sanctioned training classes or taking special examinations. As mentioned, these requirements don’t exist everywhere; but even in a district where these additional obligations aren’t required, an individual should only seek out attorneys with federal court experience. As mentioned, federal and state laws vary drastically, and an attorney who hasn’t had experience in a federal court of law won’t likely be able to provide the best defense possible.

It’s also essential to understand that federal crimes are tried in different venues than state crimes. These charges are brought forth in federal district courts rather than state courts. If an attorney happens to practice in an area where additional requirements aren’t necessary, they must still be admitted to practice in that district’s court.

Being a member of the bar in a particular state will not satisfy this requirement, so anyone charged with a crime will need to make sure that their chosen attorney is properly admitted. If they are, they’ll be able to defend their client in a district court against federal charges like kidnapping, tax evasion, bank robbery, hate crimes and even aircraft hijacking.

How to Find an Attorney

Federal defense lawyers exist all around the country and can help a person fight against any federal charge, but this doesn’t mean that an individual has to find a Washington, D.C. based attorney to defend them. In fact, as is the case when searching for an attorney for any criminal charge, it’s best to find one locally. The best way to do this is by using the Internet to search for and research local federal defense attorneys.

A person living in Orange County, FL., for instance, will come across an abundance of attorneys when searching for criminal defense lawyers. If they narrow their search to federal defense attorneys, on the other hand, they’re likely to come up with Katz & Phillips, P.A., an Orlando Criminal Team equipped to defend federal charges, and a few other options. From this point, an individual can look up reviews from former clients to decide whether they think a specific law firm will be able to represent them against a federal indictment.

Being convicted of any crime is a serious situation, but those who are convicted in federal courts face especially detrimental penalties. At best, an individual may face thousands of dollars in fines or house arrest. In worst case scenarios, however, a person may be imprisoned in a federal penitentiary or even be subject to the death penalty. Because of these grave potential consequences, an individual facing a federal indictment should seek out a federal defense attorney immediately.

Lisa Coleman offers information and tips about criminal and federal defense lawyers and the different court venues that each has. She recently researched online and read about the kinds of crimes an Orlando Criminal Team law firm was equipped to represent, but also about the experience and special licensing they retain to represent a client who has been charged with a federal crime within the state of FL.

special licensing and a level of experience