We’ve all seen the recent TV news report about an Illinois woman who was stripped searched after a DUI arrest this past spring. The question some of us may be asking is whether or not a strip search is ever justified in a DUI case.

Remarkably, the short answer to this question is “yes, sometimes.” Clearly some police officers bend laws to the breaking point in the discharge of their duties.

But, it is also important to understand that different officers have different process protocols. A strip search in a field sobriety test and arrest is different from a strip search in an incarceration facility. However, a suspect’s constitutional rights can be violated quickly when an officer acts irresponsibly or unreasonably. 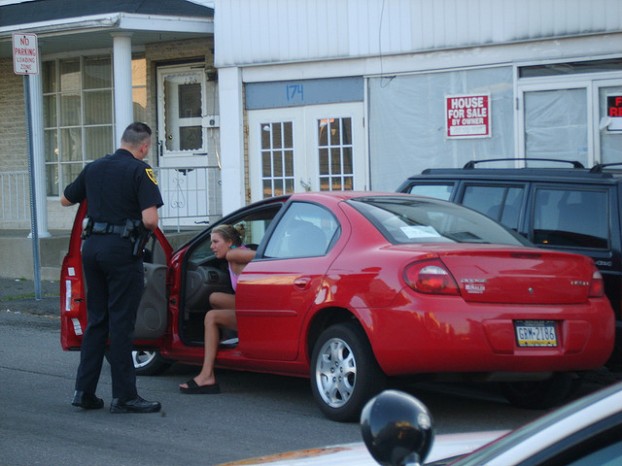 The term “reasonable” may appear overused in the legal profession, but the common law system is actually based on reason and judgment. Strip searches are a prime example of reasonable and rational interrogation by a police officer, but some strip searches are beyond an officer’s authority if they cannot provide a justifiable reason.

The common reason for a strip search during a DUI investigation is the suspicion that the suspect possesses controlled substances which are hidden under their clothing. Contraband laws give officers significant interrogation latitude that is otherwise illegal.

Anyone charged with driving under the influence, or DUI, will be arrested. It’s just that simple. After the arrest, the rules of acceptable strip searches change because the list of items considered as contraband increases. In a field sobriety strip search, the only reasonable items to search for are weapons and illegal substances.

Of course, obviously over-intoxicated drivers who have a distinctly low rating on a blood alcohol content, or BAC, test could reasonably be suspected of possessing or being under the influence of illegal drugs. However, The Supreme Court has determined that a jail officer can conduct a strip search at any time based on very nominal suspicion, whereas a field officer is more restricted.

People who are incarcerated are property of the state while in the incarceration facility and are routinely strip searched when issued jail attire. So, adjusting the search protocol to searching after a suspect is incarcerated becomes an agency preservation policy if the defendant cannot be released on bond.

In Florida, for example, Statute 901.211 sets the rules for all strip search protocols. As long as a local policy is applied consistently and is within the law, the process is acceptable with authorization. Many jails conduct random strip searches on a daily schedule looking for contraband.

The law specifically designates areas of the body and searchable undergarments, which must require authorization to inspect. Body cavities can also be searched under sanitary conditions with authorization. Officers must have a signed order from the immediate supervising officer to perform the search.

Additionally, all investigating officers must be of the same sex and the search must be conducted in a private area by authorized personnel. So, many searches are not legally acceptable, even if they are justified. For anyone facing a DUI charge in The Sunshine State, a consultation with Katz & Phillips, P.A. would be a smart move to make sure all their rights are protected.

All individuals, and especially women, who have been strip searched during any part of an arrest process should contact an experienced and effective DUI attorney to investigate their case with respect to a civil suit. Many arrests are illegal and a DUI attorney can recognize a bad arrest quickly. Although strip searches are acceptable in some situations, they are not always a necessary component of a DUI investigation at any stage, especially if no contraband is found.

Once again, officer reasoning is the issue. No evidence can be proof if gained from an unwarranted search. Always remember that officers are bound by oath and must follow all arresting policy because the suspect still has constitutional rights that must be protected during the arresting process.

Writer LaGeris Underwood Bell hopes that this article will arm women with the information they need to protect their rights if arrested for DUI. For Floridians, Katz & Phillips, P.A. will provide legal advice to steer them through the process successfully.