Drug abuse costs America almost $600 billion every year, but its greatest toll is more significant than dollars and cents. At least 320 Americans die every day searching for their next fix. Read on to learn more about some of history’s most prominent drug trends. 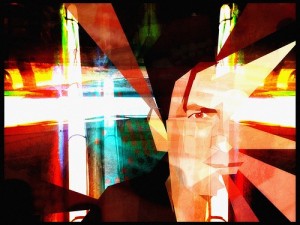 Swiss chemist Dr. Albert Hofmann embarked on the world’s first LSD trip when he accidentally discovered the drug in 1943. The American military and CIA explored its potential as a “truth drug” in the fifties, but usage hit its peak in the sixties.

Timothy Leary’s LSD use saw him dismissed from his Harvard University teaching post in 1963, while bohemian writers Aldous Huxley, Allen Ginsberg, and Ken Kesey believed it fueled their creativity. It also became as much a part of the Summer of Love as protest music.

LSD changes the way the user’s nerve cells interact with the neurotransmitter serotonin. In doing so it distorts sensations and moods, and can create hallucinations and delusions. In the long term, users can experience flashbacks, depression, and psychoses.

Bath Salts: Not as Soothing As They Sound

Bath salts look and sound like something you might soak with to ease aches and pains. However, they’re more dangerous than they seem. They generally contain substituted cathinones which were first synthesized in the 1910s. These cathinones were almost forgotten for decades until they were rediscovered by underground chemists early this century. These chemists used the chemicals in a range of concoctions, including bath salts.

The effects of bath salts are similar to cocaine and methamphetamines, with users becoming agitated, unpredictable, paranoid, and violent. As people under the influence seem to possess superhuman strength, they can cause significant damage to themselves and others. One of the most disturbing reports involved a Miami user who ate the majority of a homeless man’s face in 2012.

Independent American gas stations and head stores legally sold bath salts until the authorities realized their impact. The American Association of Poison Control Centers reported they fielded 6,138 calls about bath salts in 2011, a significant rise from the 304 calls taken the year before. Bath salts are illegal in more than 40 American states, with legislation pending in others.

The ecstasy popular at ’90s raves is back in a new (well, relatively new) form known as Molly. The moniker, short for molecular, refers to the crystalline powdered form of MDMA. Just like ecstasy, users typically feel energetic and euphoric. However it can also cause dramatic shifts in body temperature, confusion, insomnia, and depression.

Molly has overtaken marijuana as hip hop culture’s party drug of choice. Nicki Minaj, Kanye West, and Trinidad James have all mentioned the drug in their lyrics. This has taken Molly out of the underground rave culture and into the mainstream, leaving top rated rehabs to pick up the pieces.

The Drug Abuse Warning Network found MDMA-related emergency room visits increased by 123 percent from 2004 to 2009. That’s especially concerning when you consider the average Molly user is between 16 and 24 years old.

Throughout history, drugs have become more addictive and more dangerous. Governments and rehabilitation facilities will need to work hard to absorb the impact of the next generation of drug trends.