Chandigarh is one place that is well known for being the first planned city of India. It is an organized city and its wide roads and well-laid township make it a nice city for both, residents and tourists. Unlike many metro cities, the sky here is visibly clear and blue, which implies that the air in the city is clean and far less polluted. A large number of tourists visit Chandigarh during their tour to the hill stations of Himachal on their way. The city has fair number of accommodations and Oyo rooms in Chandigarh are your best bet as these are known for their reasonable tariff and great amenities. The city also has luxurious resorts.

On the one side of Chandigarh are the looming Shivalik Hills which add a unique backdrop to the landscape of the city which mostly is open and provides a wide view of skyline despite being a modern city. Just 5 hours ride from Delhi, Chandigarh offers a break from the fast and crowded setting of big cosmopolitan cities. The city also boasts of the lowest crime graph and is a suitable choice even for longer sojourns. Tree-lined avenue roads all over the city call for long rides by the evenings. The pace of life is easy and relaxed the culture and bonhomie of the place is warm and friendly. 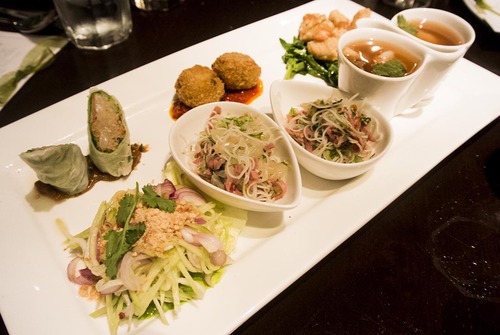 Chandigarh city was designed by French architect Corbusier who planned it in a way to allow sun, space and verdure. This mantra can be easily experienced and witnessed as soon as you arrive in Chandigarh. Even after so many years its conception, the city functions well and without any traces of faults that usually take over the virtues of a place over the course of time. The pleasant and harmonious city is seen as an ideal place to live in and probably this is the reason that many people who retired from work chose to settle here permanently.

The city is divided into several sectors and has a large number of residences that accommodate millions of people. There are many tourist attractions in Chandigarh. Elante Mall and Chandigarh Museum are the places you can start your itinerary with. From there you can move on to the Japanese Garden which comprises of several lakes, waterfalls, pagodas, and golden bamboo trees. About 20 km from Chandigarh is the Pinjore Garden which is made in Mughal style and has several attractions inside its complex, such as mini zoo, gardens, picnic lawns, etc.

Nek Chand’s Rock Garden is a prominent tourist attraction in Chandigarh. It is an amazing place to explore and you can see the marvels of sculpture carved here single-handedly by just one person, something which is a great feat to achieve. The artificial reservoir of Sukhna Lake is another attraction which you can visit and spend some time in recreation. It is also ideal for picnics and excursions.

While in the city, do not forget to savor the Punjabi cuisine which offers so many scrumptious delicacies and the popular sarso da saag andmakke ki roti.So plan your holiday and check out some hotels in Chandigarh online for room bookings. Happy vacation!

Dimpy Roy is a travel writer working with an Online Travel Guide. She guides travelers to various resources where they can find best Oyo rooms in Chandigarh and choose the best one.