The positions of “chartered professional accountants of Canada“, regularly referred to as CPAs, are a designation designed to replace the many different accounting designations that currently exist throughout Canada. Over a period of time, this single designation would take more prominence, ultimately culminating in being the only designation necessary for members in good standing. This article will examine the position in more detail, including an analysis of how it may affect industries and government.

As matters currently stand, most provinces have their accounting distributed among three different groups. Opinion throughout much of the industry is that having multiple designations for similar things is ineffective and wasteful; the country and its businesses would be better served with a unified accounting designation and simpler legislation governing the matter. The positions for chartered professional accountants of Canada have already been fully approved in Quebec and partially so in Ontario, with the other provinces at varying levels of implementation.

Benefits of the CPA Designation

The designation is intended for implementation over a period of ten years, allowing suitable time for any legislative adjustments that may be necessary. The single designation for chartered professional accountants of Canada allows for benefits like a uniform certification process, specialty educational courses, and a common code of conduct for all public accountants. The current organizations, while similar in many fashions, have enough differences to make having industry standards a difficult proposition at best.

With the implementation of the CPA designation, clients can expect more unified behavior from the entire accounting profession and an easier time finding new help after situations like moving to another province or the sudden death of a current accountant. The educational courses that can be tailored to the new designation also mean that every professional with the designation will ultimately be trained to a higher standard than the current setup permits.

The benefits to the CPA designation are significant for the public accounting industry. However, there are some drawbacks that should be taken into consideration. 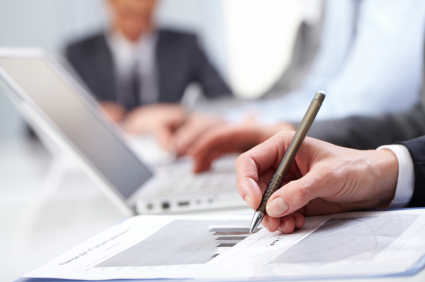 The Problems with the CPA Designation

Implementation of the new designation is a matter of provincial jurisdiction. As such, it is possible that one or more provinces may reject the CPA designation in favor of keeping the existing system or using alternate arrangements. This would have the end result of allowing for as many as four different professional accounting designations throughout Canada, some of which would only be effective in certain provinces. If the designation is not universally implemented, then it is possible that the existing problems with designations, standardized education, and overall training would be made much worse.

This new designation also requires a certain amount of training and effort by the tens of thousands of professional accountants that exist under the current designation. In short, during the transitional phase, the members of the new organization might not have the universal set of skills that is envisioned. This problem has been partially solved already, with the intention of using the CPA designation alongside existing ones for ten years, but does not totally eliminate the challenges that clients may face when going from somebody experienced with the “old” designations to a younger accountant qualified only as a CPA.

The designation of chartered professional accountants of Canada will almost certainly improve the standards and efficiency of the accounting industry. Uniform guidelines and standards will make it easier to maintain a high level of quality for all services provided, but the implementation phase could be rough on clients while it is being carried out. Individuals and groups making use of the accounting services involved with this designation should have a transition plan and know what changes will directly affect them. There are many exciting opportunities in this field. Click here for accounting jobs.